Look around your desk and out of the window, the results of human ingenuity surround you; the chair you sit on, the computer you type with, the web page it connects to, the insulated window you gaze through and the mechanics and technology in the car beyond it. Humans are constructors and destructors; we find solutions to the problems we encounter and sometimes create. Covid 19 sharpened human creativity on vaccination - the medical solution - and is forcing us to face up to the need for accelerated, concerted and transformative action on its cause.

We met with three European environmental and social innovators to discuss their work and experience to date. Ana-Cristina Galhego Rosa, Candela Sancho and Mojca Zupan each sought to address life threatening issues of global concern made worse by climate change. They shared lessons from their experience and they face common challenges notably the classic startup enigma of scale-up and monetisation where intellectual property plays a vital role. 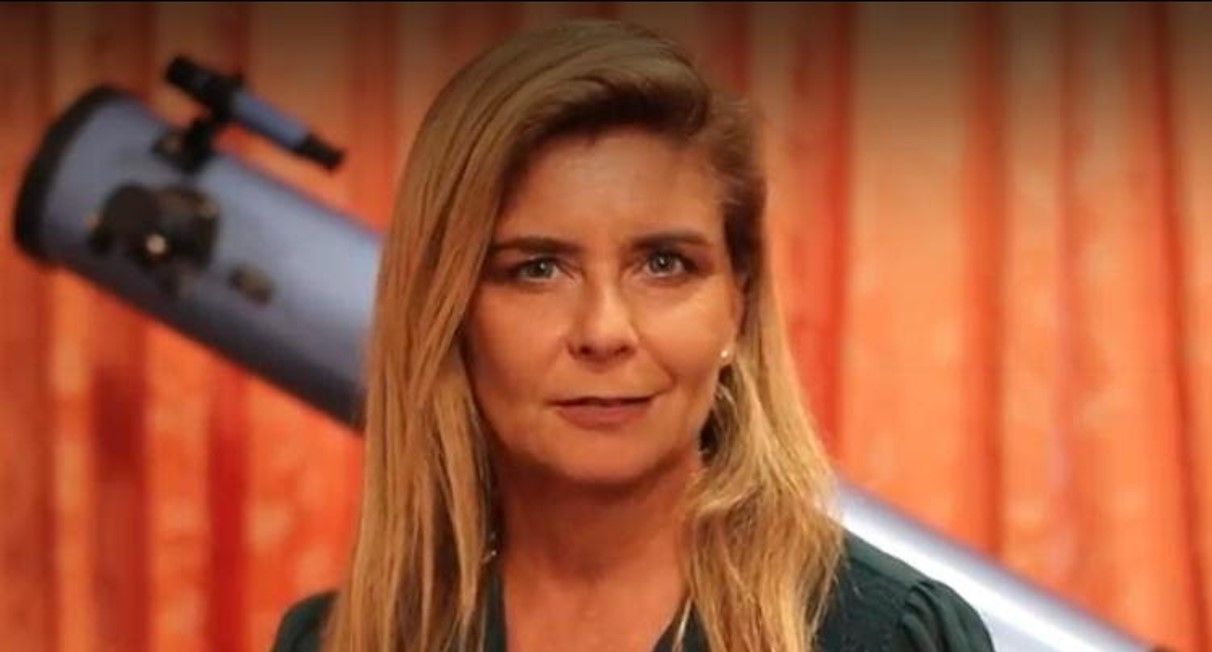 The stars are aligning for Brazilian born space lawyer and entrepreneur Ana-Cristina Galhego Rosa. “All of a sudden there is tremendous interest in my work, I’m living a sort of bingo moment’. Founded in 2018, Dipteron uses space technology and artificial intelligence to prevent aedes mosquito diseases such as dengue, zika, chikungunya and yellow fever. Satellite data, “in situ” data and other relevant data are combined using Dipteron’s algorithms to predict mosquito hotspots four weeks in advance with 85 percent accuracy. This enables a window for eradication action. Dipteron serves SDG3 (health and well-being) and SDG13 (climate action) as the global temperature rises caused by CO2 and greenhouse gas emissions, increase aedes mosquito breeding rates and the prevalence of the deadly diseases they can carry. 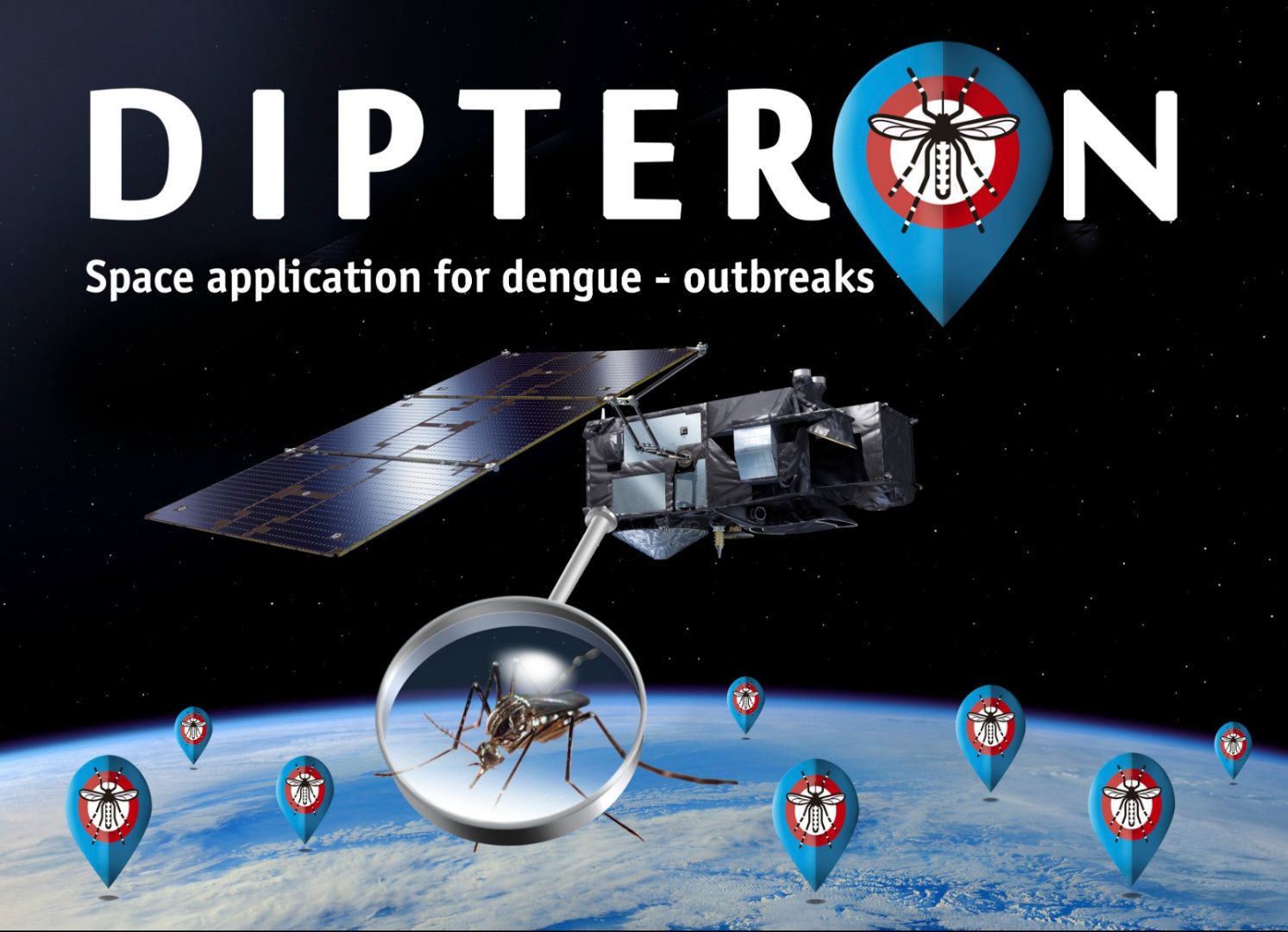 “We are going to start to scale up in Brazil. My Brazilian partner – VISIONA Space Technology - has an exclusivity agreement to re-sell our application within its smart city platform with the potential to cover the whole of Brazil,” says Ana-Cristina. Brazil is the country most impacted by aedes mosquito diseases.

“I’ve protected the brand in Brazil and I am in the process of expanding that protection across Europe. Our software is open source so I need to study the field of open source licenses to better understand what I can protect; investors will ask about protection. Another challenge is pricing. It’s not easy to decide what price to put on Dipteron’s solution,” she continues.

"I’ve protected the brand in Brazil and I am in the process of expanding that protection across Europe. Our software is open source so I need to study the field of open source licenses to better understand what I can protect; investors will ask about protection."

Registered in Germany, Dipteron is located in Darmstadt, near Frankfurt. This strategic choice has contributed to the company’s success. “I could also have chosen the European Space Agency (ESA) Business Incubation Center (BIC) Noordwijk in the Netherlands where I was living but for strategic reasons for my business, I decided incubated my project at ESA BIC Darmstadt where I’m surrounded by space experts and have access to excellent programming talent from the local university.”

Ana-Cristina began work on the innovations underpinning Dipteron in 2015. In parallel to her space law studies, she explored the potential of space applications in business. On her subsequent return to Brazil in 2015 she was confronted with the world’s worst Zika epidemic; a problem for which she saw a solution. Meetings with expert professors led to her building a research team and winning the SAP-ESA IT Mobile App Competition for startups in 2015. This was to be the first of others four awards that the company got so far. 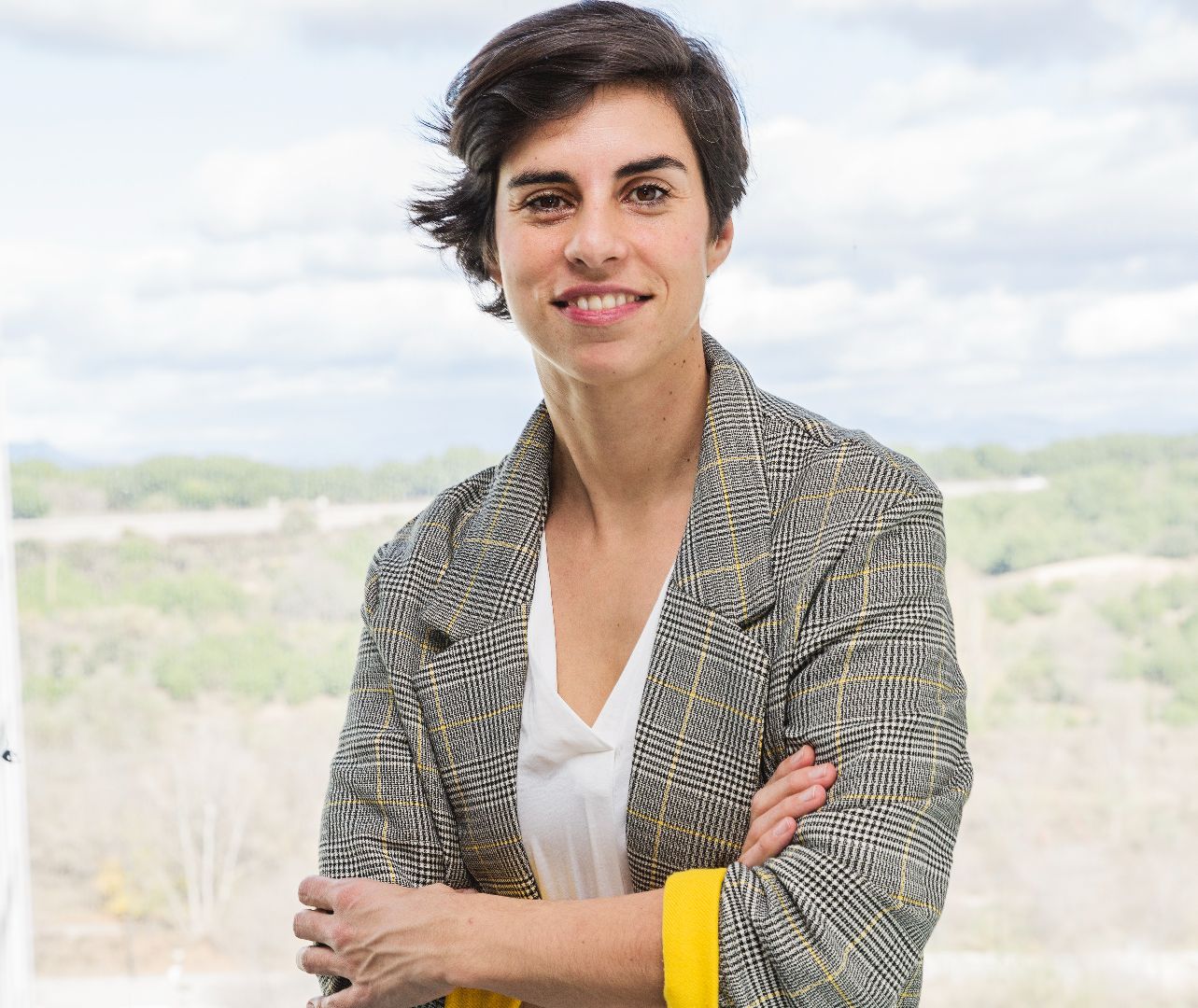 The geo-physicist Candela Sancho also uses space technology and artificial intelligence, this time to monitor with millimetre accuracy, ground and infrastructure movements that could lead to a catastrophy or natural disaster. Detektia is a spin-off of the Laboratory of Topography and Geomatics of the Civil Engineering School of the Universidad Politécnica de Madrid.

“I was working in natural disasters but in 2018, just a few weeks before its catastrophic collapse, I crossed the Morandi bridge in Genoa, Italy. That event changed the focus of my work because I starkly realised the potential of satellite data to protect people within the civil engineering sector. Millimetre sized movements on the Morandi Bridge could have been detected, and therefore, preventive maintenance activities or at least some specific actions to avoid the loss of life prior collapse could have been planned. Objective and independent data is needed to take better decisions” said Candela.

“I was working in natural disasters but in 2018 [..] I crossed the Morandi bridge in Genoa, Italy. That event changed the focus of my work because I starkly realised the potential of satellite data to protect people within the civil engineering sector”

Detektia’s solution detects movements in infrastructures such as dams, ports, tunnels, highways and buildings from space, without the need for in-situ instrumentation, being able to make historical analysis of the movements of the last 25 years. Clients today include large construction companies in North America, South America and Europe. 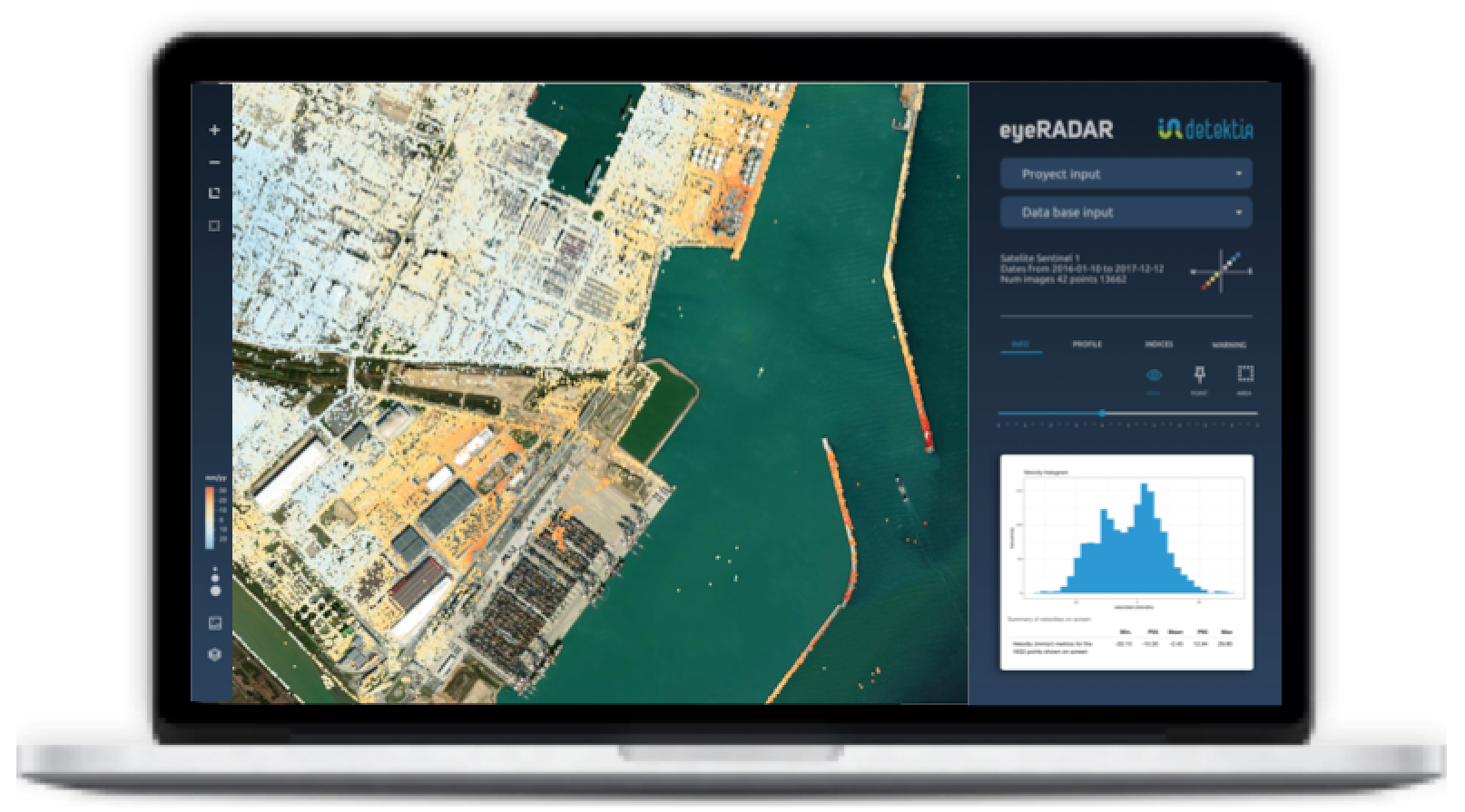 The company has analysed the historical behaviour of the ground in Mexico City, providing useful data to design the foundation of the new bridges and other infrastructures related to the construction of an urban highway. Mexico City has a sinking velocity of about 25cm/yr due to water being removed from the aquifers running beneath it1. The subsidence of the ground affects and collapses urban infrastructure. It is a cycle made worse by climate change. More heat and drought mean more evaporation and yet more demand for water. Detektia continuously control the effect of the combined aquifer-induced subsidence and construction works affection with its technology EyeRADAR.

“Our focus is satellite imaging gathered and interpretated using code which cannot be patented so I’m exploring the use of copyright for software protection. IP is key for us because if we lose our code, we will end 20 years of work,” shares Candela.

Detektia’s funding came from the European Space Agency, EIT Climate and PARSEC as well as from industrial PhD grants. 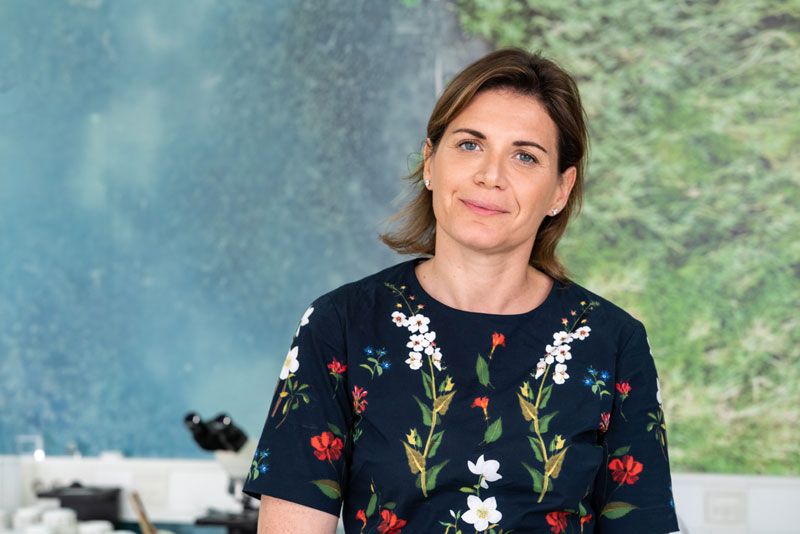 It was a legal case that changed the path of Mojca Zupan. She quit her job as a corporate lawyer three years ago to found PlanetCare, an acclaimed SME, innovating to prevent washing machines discharging microplastics into our oceans. 35% of the microplastics drifting in our oceans come from our dirty washing machine water. PlanetCare is one of the five winners of the Amazon’s Startup of the Year award2.

“The idea for PlanetCare originated in a discussion I had with a former legal client. While working on a case related to industrial grey water I learned about filtration from experts. Around the same time, I went to a touring exhibition on marine litter in Ljubljana, where I was born. The extent and impact of microplastic pollution was shocking. So, with the filtration expert, I explored solutions that I was able test when a friend, who wanted to grow spirulina at home, needed a filter to capture plant leaves. I came to understand the problem of capturing fibre, which unlike spirulina, doesn't have a flat surface; it is long and thin like spaghetti,” says Mojca.

The white goods sector is tough. To be heard, Mojca had to leverage a vision and a marketing story which is part of the total PlanetCare innovation story. Her filter is about a different way of perceiving washing.

“A key learning I'd like to share with other SMEs is that all too often people think IP = patents when it is so much more than that. We need to understand and leverage all the different types of IP to build a total solution. PlanetCare's value is also in its trademark, design, trade secrets, brand, data and customer base. The challenge is in creating and weaving together these different IP types and assets in order to monetise them,” said Mojca.

PlanetCare’s message resonated with the French Secretary of State, Brune Poirson and when France passed its ground-breaking anti-waste law, PlanetCare saw traction not just in France, but beyond it.

“Three years ago we wanted to license our solutions to washing machine manufacturers so we filed for the patents and went to the manufacturers, but at that time, no-one seemed to care. We were stubborn and decided to prove that consumer demand existed by developing a retrofit technology that is integrated into a closed loop model. We brought this to the market and now have over 1000 happy users.

The fact that we had a proof of concept helped us to influence both manufacturers and policy makers. We're now negotiating a licensing contract with a large washing-machine manufacturer,” adds Mojca.

“The fact that we had a proof of concept helped us to influence both manufacturers and policy makers. We're now negotiating a licensing contract with a large washing-machine manufacturer”

So what advice do Ana-Cristina, Candela and Mojca offer female entrepreneurs?

“Being neither an engineer or a man, can be lonely. I have succeeded in being a space industry entrepreneur because I was a visionary, built a team and believed my product works”.

Ana-Cristina was inspired by sci-fi movies, her father’s faith in her and by other women, notably a meeting with Valentina Tereshkova, the first woman in space, and she is passing this inspiration on through the United Nations space for women mentorship programme. She has mentored girls from Africa, Mexico and Brazil who have no immediate support in space technology education but plenty of desire and determination to follow careers in the sector.

“Once you've been in space, you appreciate how small and fragile the Earth is."

- Valentina Tereshkova, astronaut and the first woman in space

A third of the people who studied geophysics with Candela Sancho were women. Not a bad number, she says, bemoaning the issues she has finding women to support Detektia’s software development. “I’d love to hire more women, but we only ever get male applicants.”

I honestly believe it is a bit harder for women in my generation but younger women are better equipped. They are stronger and there is more of a 50:50 balance in all aspects of life.

We have to take pride in our achievements and leverage everything we have. Female founders tend to ask for a lot less than men, so my message is 'be better and be bolder'. Use your own intelligence and your emotional intelligence which women have a lot of,” says PlanetCare’s Mojca Zupan.

[2] Amazon’s Startup of the Year award