Tanya Ewing is an award winning Scottish entrepreneur and a successful inventor. Voted 'British Female Inventor of the Year 2008', she created the real-time energy monitor and display system called "Ewgeco" and founded a company called Tayeco to commercialise her idea.

Ewgeco is used by households and businesses to bring electricity, water and gas consumption out of the cupboard into the sight of users, giving them control. It is an early component of the Internet of Things (IoT) with the second generation called NetThings, which is now an IoT solutions provider.

Tanya leveraged Ewgeco’s patents to raise over £4 million though nine rounds of equity funding, grants and awards, founding a global multi-million dollar energy display market employing thousands of people in the process. Her designs earned Ewgeco recognition by the British Library Patents Office as one of the most iconic inventions of this century and her approach to the user helped sway UK government policy on energy engagement. 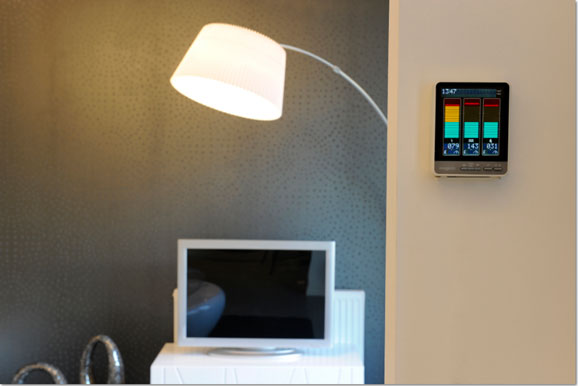 Today, Tanya is absorbed with another low carbon technology called Glaze and Save which she hopes, will transform the market for secondary glazing. She is also a role model and mentor to start-up SMEs and social enterprises. Recently, she spoke to 4iP about the role patents played in her success.

How did the inventions come about and what motivated you to patent them?

I was a 38 year-old disabled housewife frustrated by my escalating gas bill. I wanted to know how much energy my house was consuming and the only thing I could find was a smart meter that didn’t help me much because it was still cupboard based and took little account of my needs as an end-user. I’d spotted a gap in the market.

How did you become aware of the importance of patenting your idea?

My grandfather told me years before, “get yourself a patent and it will look after you for life.” I’m from a family of people who own their own businesses, innovators in their own right.

In reality, I covered too much with the patent; making over 50 claims but there were valuable nuggets within them. Over a number of years we resubmitted the patent with the claims separated. By then the company had brought in an IP expert to support this and review, as we believed the patents were being infringed.

The design registrations were passed very quickly and that was very useful as potential investors saw that Ewgeco had protection.

Could you have secured investment without patents?

No. I could absolutely not have secured investment for Ewgeco without the patents. They were essential to my business model.

That said, I believe that for some inventions, it is possible to secure investment without patents. It depends on the marketplace and it is very important for inventors to do market research on the benefits of patenting, over the costs associated. It was essential for me because I knew that I had to raise significant capital. It was also 2008 the UK was in financial crisis and investors didn’t work a lot with start-ups without IP.

The design registration played an important role as it attracted interest as they were in their infancy and SME were slow on the uptake. There was a lot of publicity and market recognition leading to thousands of emails per month from people all over the world asking when the invention would be ready for purchase. That was reassuring for investors.

Describe your transition from inventor to entrepreneur?

(Laughs) Well, I was, pregnant, disabled, dyslexic, had a very basic level of IT knowledge and no experience in energy markets so I had to self-fund my idea at the beginning.

So I was probably an entrepreneur before I was an inventor, although, I am an inventor at a practical level. Even in the jobs I had prior to Ewgeco, (dental nurse, sales representative), I was always looking to change things.

Time spent on planning and strategy was important. My advice is always to take time out to do this and often in the early days. For me it was a hospital stay that allowed me to create my first strategy plan.

How would you describe the level of risk that you took?

My husband and I put in £50k to initially create the start-up, then not long after my baby was born we signed the house over to raise a further £150,000 in collateral.

How difficult was it to persuade investors to partner with you?

It was a very difficult process because I had no past inventing or commercialisation experience, I was also at the same time developing all aspects of Ewgeco, gathering market intelligence, growing the team and running the company. It was a huge challenge.

What role did the patents play in enabling dialogue with key stakeholders required to develop your business?

Knowing that I had the patent pending enabled me to feel confident and move forward.

If your patent protection had been weaker, giving more leeway for competition, would Ewgeco have survived?

We worked very closely with people who might potentially buy us to reduce where possible competition issues. The British government had mandated that it would make smart meters mandatory by 2020 so that has been the competition’s focus.

By the time we went to market there were three or four other energy display solutions on the market but they focused on electricity only solutions or were not accurate. Ewgeco covered electricity, gas and water and was accurate. We entered the market in a different position to the others and, as a consequence, had a different price range. It was very disruptive since up until that point people couldn’t see their energy use. It really gave people the possibility to engage with their energy use like never before, live data including costs is a very powerful tool.

Can you describe how Ewgeco influenced UK policy on energy consumption?

There was a great deal of press and publicity around us. We were questioning that fact that householders didn’t have the accurate information to allow informed decisions, if you were billed for your petrol every three months and did not know what each journey costs there would be an outcry, yet this is how we pay for our utilities in the UK. This woke up a large market and the government started to see the value of having live data. As a result, live displays were added to electricity policies, notably CERT. On the 9th December 2009 the government mandated that all smart meters must have an in-house, live display. A visual live device in the house is vitally important.

How would you describe the economic and social impact that Ewgeco has had?

It was the start of an industry, in which the UK were seen as global leaders. We received a number of awards for our impact on green or environmental sustainability. In fact, Edinburgh Napier University in carried out closed trials on Ewgeco and found an average household cost saving of 20 per cent on gas usage that didn’t come from people being colder, but from people controlling their consumption in an informed way. The study focused on vulnerable people such as the elderly, infirmed or disabled.

The product is now Wi-Fi enabled making at a forerunner in the Internet of Things. Tell us about that.

One thing I learned from the Ewgeco Board of Advisors and investors was that you can over-engineer a product and miss the boat. It is vital to only deliver what the market needs and then add on as markets develop. Over a five-year period, we added connectivity and access to data to Ewgeco allowing it to do much more with our new model being NetThings being at the forefront of IOT.

Ewgeco's need for large investment sums meant you lost significant control of the company. How do you feel about this trade off?

I went through nine rounds of equity fundraising during my time developing the company so loss of control was not immediate. The day I signed to accept an investment I felt a responsibility to work and deliver for the investor because of the risk they had taken with me. I felt I owed them a return and respected them greatly. Even on difficult days I had to pick myself up and go on with the tasks in hand, not easy with a young baby and a disabling illness.

Do you think that the nature of technology invention is well understood by key stakeholders?

That’s a very big topic that might be best answered with an example. Scotland is way behind England in its legislation for national standard for the design and construction of new homes. Because the housing market needed stimulation and the builders’ lobby is h4 in Scotland, the government here decided to delayed tighter legislation. Yet inventors are ready with great solutions on carbon reduction. This decision created growth or creation of these innovative companies. They don’t have a h4 enough voice to lobby alongside established sectors.

On the upside, countries that embrace innovation save money, stimulate the economy and create jobs.

What more could be done in the UK and Europe to encourage technology invention?

A tremendous amount is already being done. Every day I read about another award, ideas competition, gateway or organizations offering advice. Large corporates need to allow more start-ups and SME’s innovation into their organizations to stimulate technology.

Develop an intimate understanding of your customer and the process of selling to them before submitting your patent because without this, the success rate is low or the development and IP costs are much higher. You have to fully understand the commercialization of your idea. For Ewgeco, our first market entry eventually became house builders whose needs to purchase were different from household market. It took us two half years to figure out the chain of purchase and who we needed to influence. We had created a product that could be sold to any home of business so it was a massive exploration to figure out what the best way of marketing

Your idea may not necessarily be what the market is ready for but you can use it as a starting to find out what they are looking for.

What advice would you offer a European policy - maker today on the topic of innovation growth?

Get the full picture. The person who shouts loudest is only looking after themselves and not the market they are in.