Removing unwanted particles from the air: an inventor’s story

Serial inventor, botanist, physicist and chemist, Bob Ursem is Scientific Director of the Botanical Garden at Delft University of Technology. He wears many hats but on his mind and sometimes torturing his soul, is a deep-rooted desire to make single nano particle extraction a reality everywhere.

If Bob succeeds, we could see his extractors, or the patented inventions behind them, in tunnels, vehicles, offices, hospitals and homes everywhere, because the sad reality is that double-filtered, siphoned and exported air may one day become a job perk, school selection criterion or luxury hotel offering in Europe as it is already in Asian megacities. 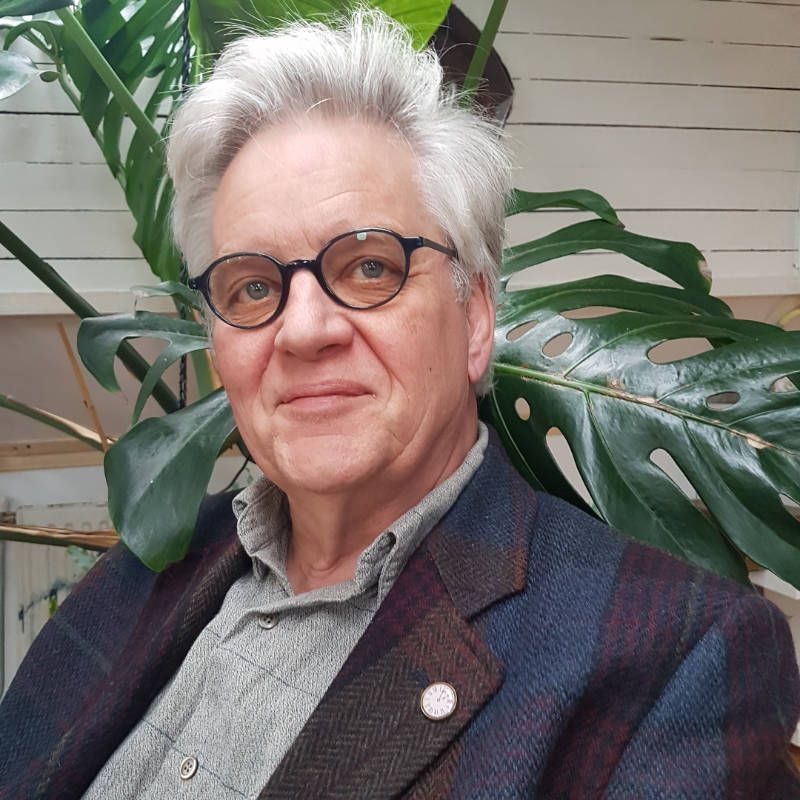 "It was a beautiful sunny day and I looked at the seabuckthorn, a very common dune plant with narrow leaves and thorns. I noticed that dust particles were floating upward from it and I thought that was very strange. Normally with gravity everything goes to the ground. I went straight to the lab and immediately began work trying to understand what was going on."

What was happening in fact, and this took some time for Bob to unravel, was an interesting interaction of positive particles that enabled them to have a charge higher than the pulling force of gravity.

"I tried to re-create the process in the lab starting with a cloud that could suck in ten nano. A one nano particle was, at this stage, too small to hold the required electric charge. Over time, I have improved particle charging by understanding the streaming of high voltage and low current using low energy consumption".

With nature-inspired particle absorption, fine dust first mimics the electrostatic properties of the atmosphere by creating an electric field toward that of the earth. The system’s technical core consists of the application of static electricity on a wire, with a positive voltage of 35 kV. The intensity of current is extremely low (in the order of µA). The corona effect 1 causes the fine dust particles to be positively charged and the reinforced terrestrial electric field sends these charged particles to the earth’s surface or to an earthed object. 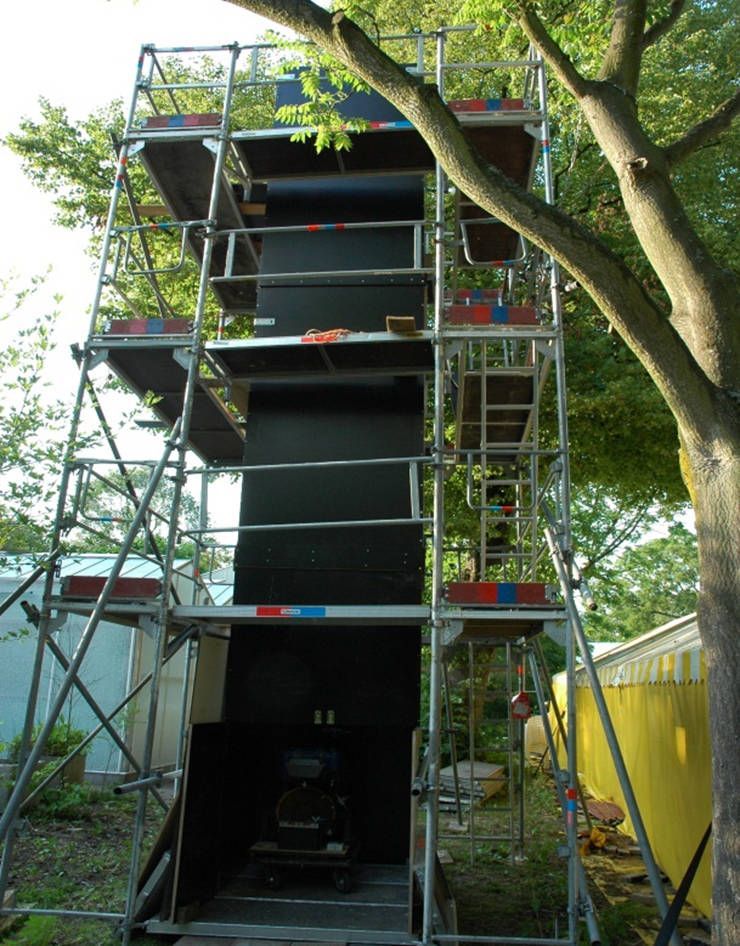 Particle production and directing via electrostatic charge in the laboratory/fine dust project Botanic Garden in 2001 /02 was followed by a large scale test in a vertical wooden open air box in the Botanic Garden, Delft, in 2002.

Bob quickly realised the applicability of his idea and began hammering and soldering together his first air particle extractor at the back of his home office. This device was tested in a tunnel in Rotterdam in collaboration with the Dutch construction company BAM, and it worked.

Encountering a copycat and handling critics

Aware that he was on to a good thing and in need of help to realise it, Bob took his concept to a committee of experts representing the Dutch ministries of transport, economic affairs and environment in hope of securing financial backing. However, he did this without a non-disclosure agreement or patent. It was disappointing that the invention was deemed out of scope and too futuristic, but what really stung Bob was the appearance of a copycat invention, traceable to one of the experts who’d sat on the judging committee!

"It was a disaster, but I was very fortunate because the person who stole my idea didn’t understand the concept well enough to make it work and their attempt to bring my invention to fruition failed."

"I was attacked by my own colleagues and had to flight my corner academically. What enabled me to win was the strength of my literature search. They had based their theory on a misinterpretation of a translated paper written by two Swiss academics studying air quality in the high Alps. I went back to the original German version of that paper and was able to show their error. The work of the two Swiss researchers supported, rather the undermined my theory. Once again, I was alright."

Knowledge transfer, and then going it alone

The adventure continued in 2017 when Bob continued his work after gaining a patent via the Knowledge Transfer Team at Delft University.

"I realised that the team I was working with didn’t have the experience needed to take the invention to market. These were early days in knowledge transfer and new ground was being trodden. So, I decided to buy out my patent from the university and go it alone, re-mortgaging my home to do so."

Bob Ursem’s contribution to dust reduction is well recognised. He is the recipient of several awards including the Inter-traffic Innovation Award 2008, the Delft DEMO Innovation Award 2011 and the Made In Holland Award 2014 of VNO-NCW and the Ministries of Economic Affairs for Belgium, Luxembourg and the Netherlands. He now has the backing of a private investor in addition to his own funding.

Bob's 'Ultra Fine Duster' is currently at stage 5 of the invention submission process and is being evolved today from a warehouse in Rotterdam. Investments are being made in two large machines. In terms of performance, CPC (Condensation Particle Counter) measurements are nearly 100%, but with a TSI Enhancer (measurements of one nano and onwards) reading of 99,9999 per cent.

With a strong patent from the European Patent Office, Bob is talking freely again and he is being heard, notably in China.

In Spring 2021, in relation to the Covid-19 development, a cocoon housing Bob’s filter will appear as part of the Belt and Road infrastructure initiative within the much publicised 21 hectare free trade zone funded by Daniel Zhang, CEO of Alibaba. And keynote invitations are rolling in. Following a first presentation in Kyoto in 2017, in 2021, Bob will give a second keynote lecture at the 10th BIT congress on nanoscience and nanotechnology in Japan. He is also in talks with the public transportation arm of the City of Rotterdam (RET) regarding system trials on public buses. 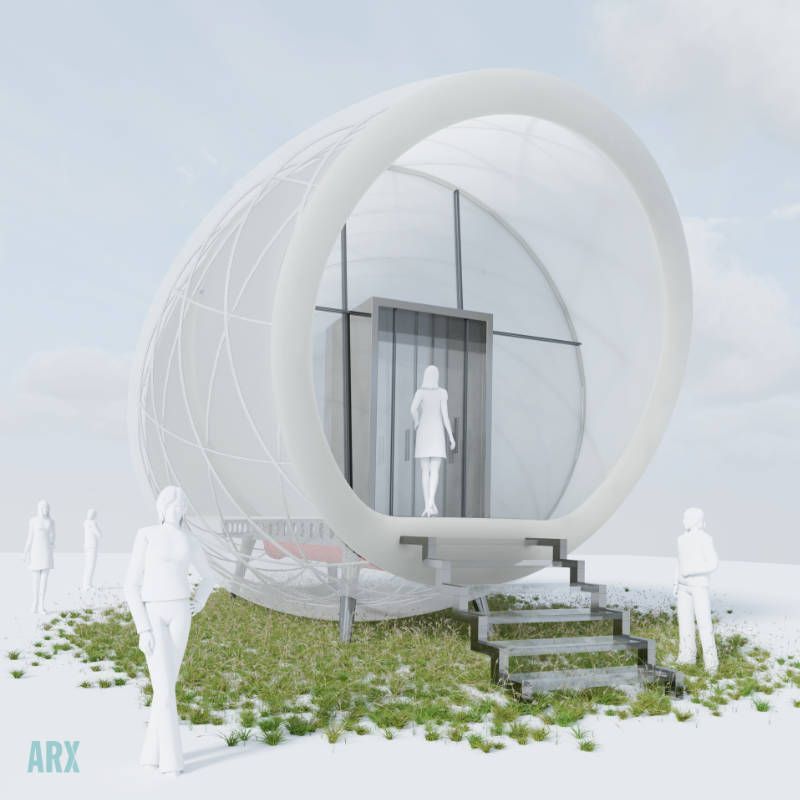 There is an interesting bi-product too from Bob’s work. You can buy the smog his extractors capture in the shape of jewellery designed by artist Daan Roosegaarde. What better gift could Bob offer his future clients than a ring-shaped capsule or a pendant containing part of their contribution to cleaner air and slower global warming? 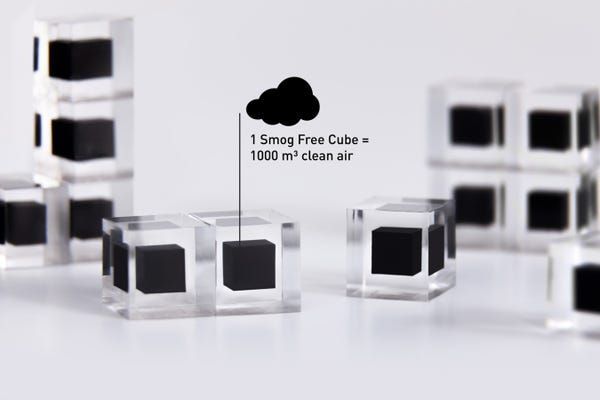 What advice does Bob have for other inventors?

1. Don’t communicate before you have a patent.
2. If you must talk to companies, secure your knowledge with a sound non-disclosure agreement.
3. Choose a trust-worthy partner; know their motivation for there is much self-interest out there.
4. Watch out for people taking credit for your device.

"I have learned many lessons I’d never thought about before. In taking this idea forward, I’ve come to see how lousy the world can be. The risk of stealing is extremely high as I have learned the hard way."

"Try to understand the principles of the invention and find a way to invest at an early pre-seed stage. This is when inventors are most in need of help. Investment at stages 5-7 is lower risk for the investor but it doesn’t stimulate invention enough."