Idealism and research by the hand of Jan Rongé 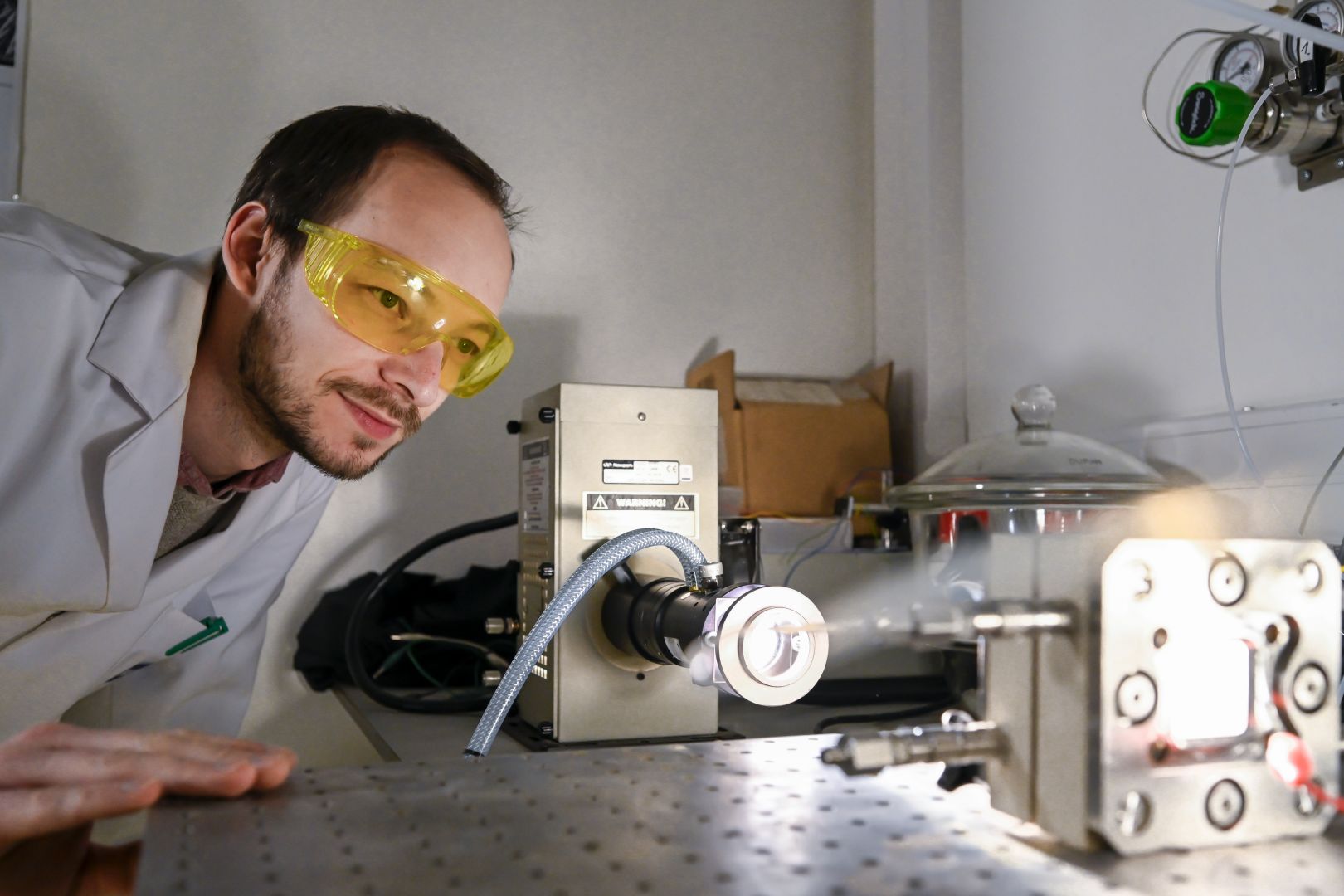 Today we have the pleasure to share with you our interview with Jan Rongé who, together with Johan Martens and Tom Bosserez, invented and developed the prototype of a solar panel that produces green hydrogen gas from sunlight and ambient moisture. This journey started ten years ago, but there is still a lot to do and Jan tells us all about it in this interview.

Finally, we would like to congratulate Johan Martens, Tom Bosserez and Jan Rongé for being finalists of the European Inventor Award 2022!

Jan, could you tell us a bit about your research in KU Leuven and the Solhyd project?

As young and idealistic researchers, we set out to look for a way to use sunlight as efficiently as possible to make renewable hydrogen. This was ten years ago. Tom Bosserez and me then started a PhD at professor Martens’ lab in KU Leuven. Quite soon, we realized that we could use ambient air as a source of water: it turns out that the amount of sunlight a surface receives matches quite well with the amount of water you can capture from the surrounding air. This insight allowed us to develop an integrated device that is fully autonomous and doesn’t need any inputs. We were looking in different directions and worked with advanced materials on a very small scale in the laboratory. But even during that time, we knew that we wanted to build real life hydrogen panels as soon as possible.

"During that journey, what drives us has always remained the same: develop a technology that produces renewable hydrogen anywhere, at any scale to help tackle climate change" 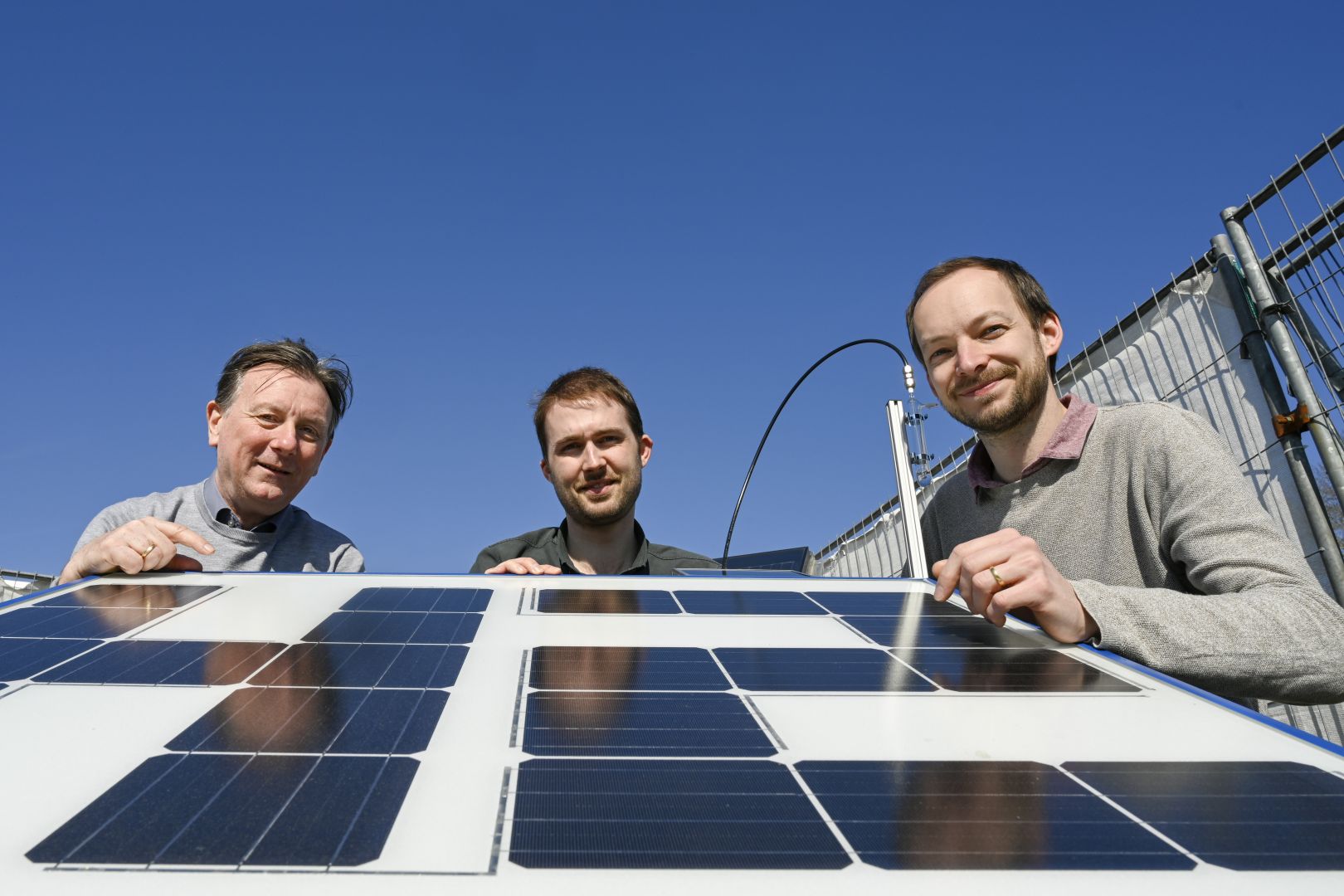 In the years after, we converged to the technology we are working on today. This has not been an easy process: you have to be pragmatic, and sometimes we stopped working on scientifically interesting concepts that we put a lot of effort in. But it paid off: we built a full-scale prototype and showed it to the public in 2019. We did not intend to make a lot of publicity, but soon the story travelled around the world, we got huge media attention and received enthusiastic messages from many people and interested companies.

During that journey, what drives us has always remained the same: develop a technology that produces renewable hydrogen anywhere, at any scale to help tackle climate change.

What is the added value of your invention compared to the traditional solar panels?

The world has to go to 100% renewable energy, fast. And we need many technologies and energy carriers to achieve that. Hydrogen is the most efficient fuel we can make from renewable energy, and it does not release carbon when it is consumed. It can be used to store large amounts of renewable energy or transport it over long distances.

In many places, the electrical grid cannot handle all the renewable electricity that is being produced. And we have to increase it tenfold! And then there are applications like industry or heavy duty trucks, which need a renewable fuel like hydrogen. Hydrogen is the perfect ‘partner in crime’  for electricity when it comes to the energy transition. And hydrogen panels are a new, additional strategy to produce large amounts of renewable energy. 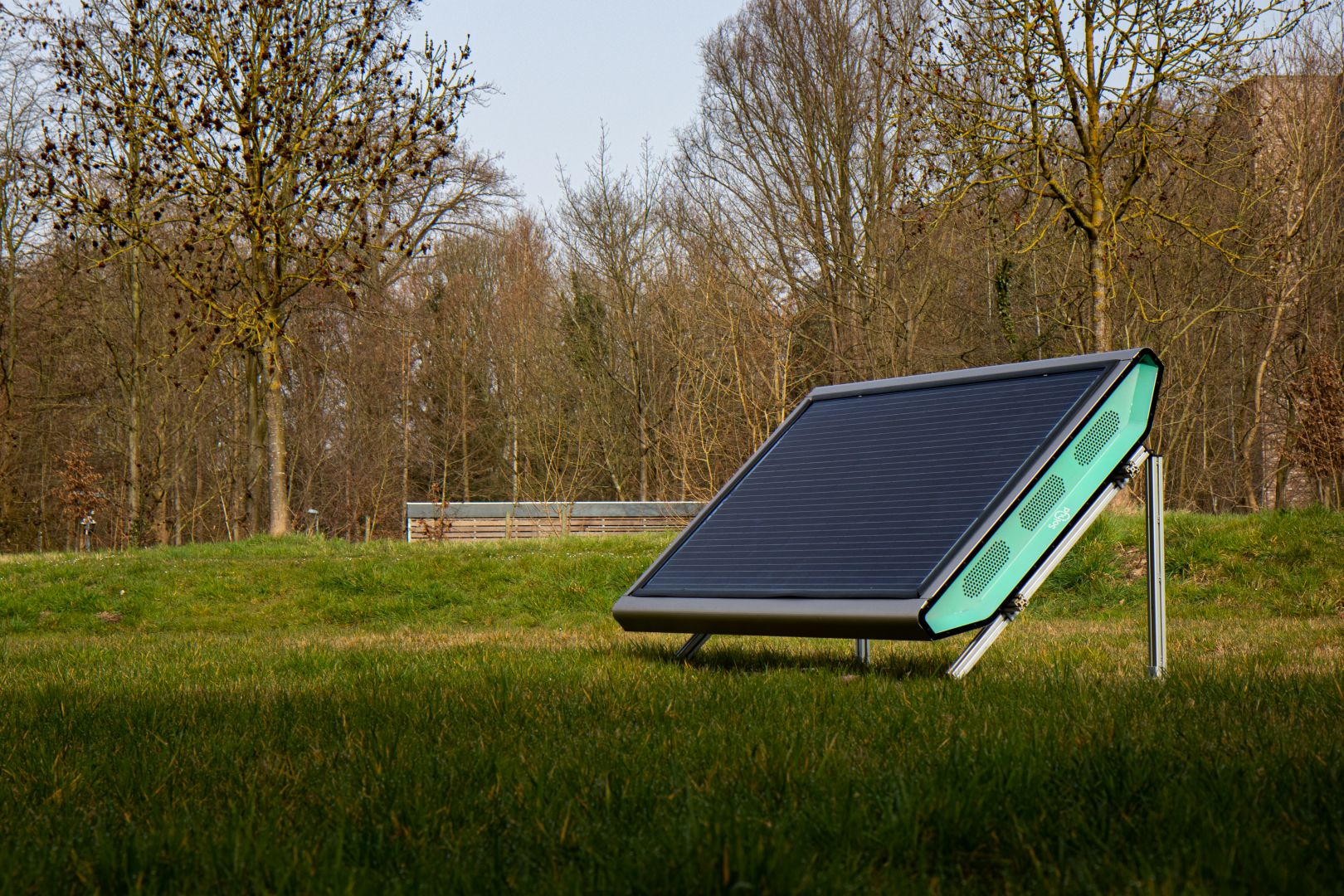 It's an exciting time to be a researcher in the clean energies sector, but also very challenging. What would you say has been the most exciting moment of your career or the discovery that you are most proud of?

The most exciting moment must have been when we got discovered by the world in early 2019. We had worked on this for years and we had to deal with a lot of scepticism and doubts during that period. We didn’t expect that there would be such an overwhelming positive reaction to our invention! That is what still drives me today. Every day, you can see around you that we have to do something about climate change and every day, we get e-mails from people telling us that hydrogen panels are part of the answer.

How has IP been involved in your invention process?

As a researcher and an engineer you are constantly seeking new solutions to problems. I would say developing IP is what we are doing all the time.

"It helps to know that one can ‘secure’ these steps (with IP) as you build the product towards something that is economically viable." 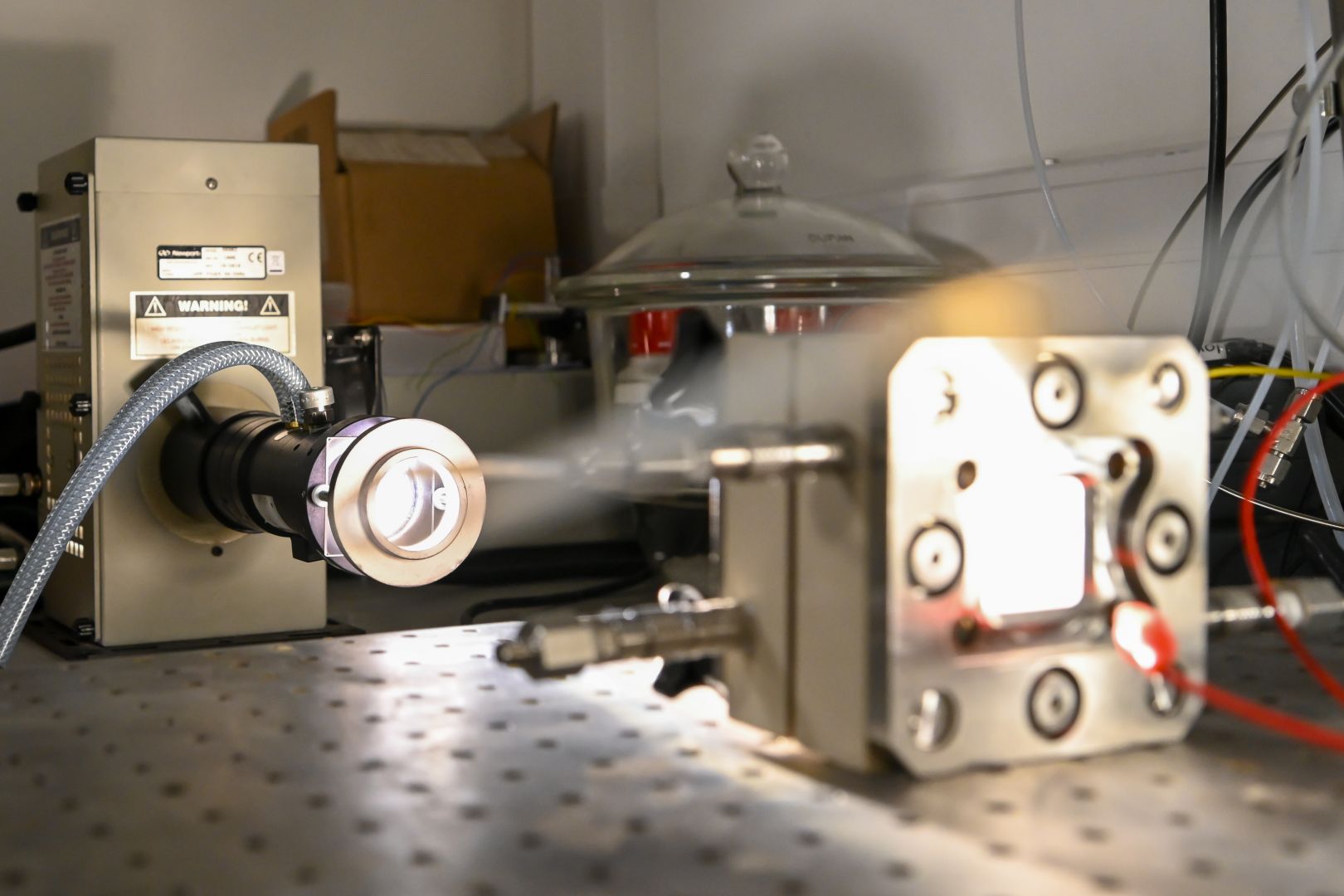 Very often, these are small, incremental things or ideas that are not so easy to patent. But we have made some major steps forward and patented those ideas. It helps to know that one can ‘secure’ these steps as you build the product towards something that is economically viable. Furthermore, the very process of writing patents and protecting IP helps to think out of the box and generate new ideas even outside the laboratory environment.

Being finalist of the EPO European Inventor Award is a great recognition of your work. What is the next phase to bring your technology to society?

We were surprised but very honoured to be a finalist in the EPO European Inventor Award. It was inspiring to meet the other innovators, and the nomination strengthens us to keep working on the technology. We want to bring this to society as soon as possible and are planning to launch a spin-off company for that. The reason we do this has not changed: we want to make a positive contribution to the world. And that will also be the purpose of the company.

What do you think is the role of IP in universities?

Since universities constantly generate IP, it is very natural and important for them to protect IP. At the same time the foundation of academic research is sharing and publishing new knowledge, which seems to contradict IP protection. In our case, protecting our IP was important to safeguard it against others who want to use it for quick financial gain. It allowed us to keep working on the technology for as long as needed, and now to commercialize it via a company that will use it for maximal societal impact. In my opinion, that is what all universities should use IP for. The world needs not only improved technologies, but also improved companies. 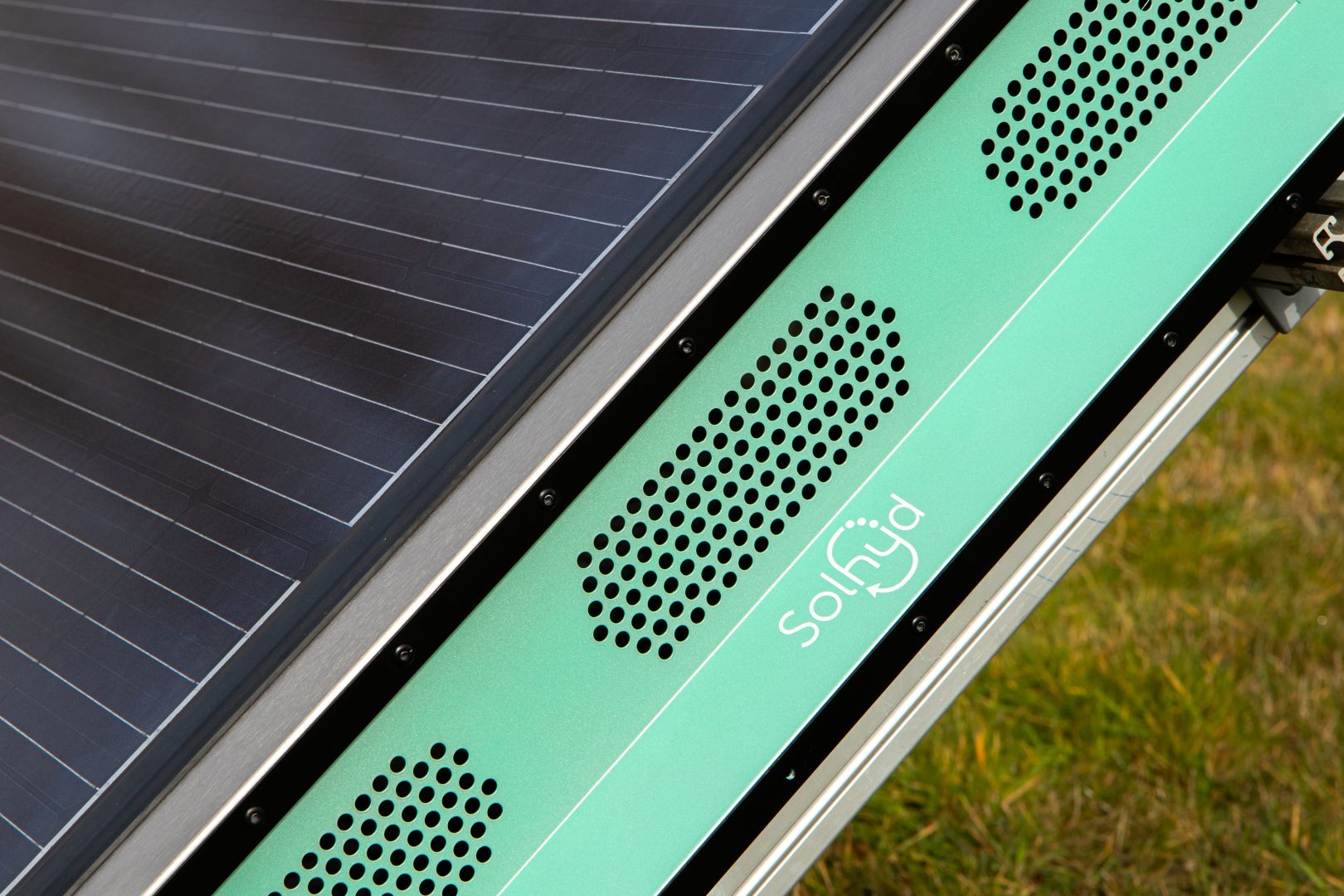