Valuing SEPs in the Knowledge Economy 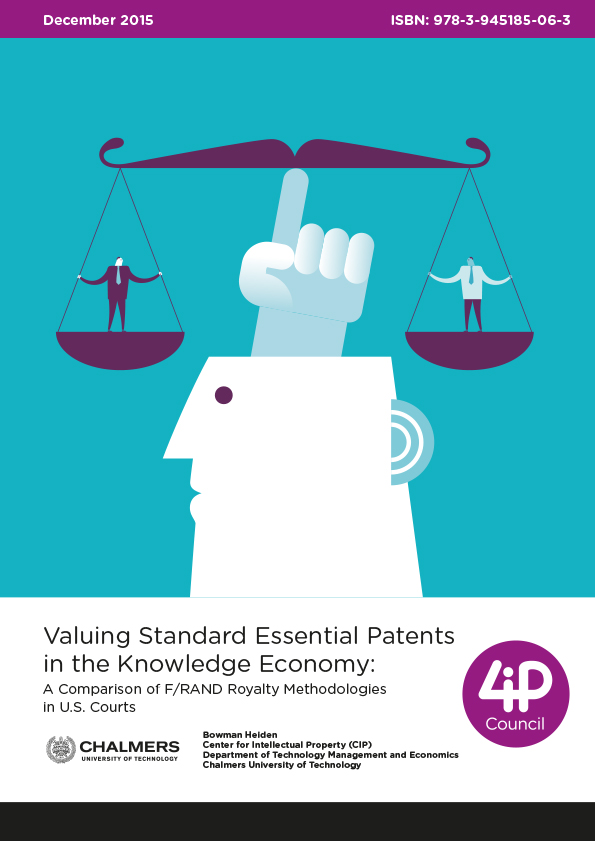 Focuses on a comparative assessment of the standard essential patent (SEP) valuation models of four recent SEP court cases in the US in 2013-14 and discusses their systemic implications for industry and policy makers.

The convergence of computing, Internet, and telecommunications has created intense competition over intellectual property in recent years. This is due to the fact that multi-technology products, such as smartphones and tablets, include thousands of patents across a broad range of technical functions that are owned by many different actors from disparate sectors, all of which competing to receive a share of the expanding telecommunications market. One major area of contention regards intellectual property and technology standards in the ICT sector, in particular, the pricing of licenses for patents essential to the implementation of a technology standard (i.e. standard essential patents).

In 2013-14, the US federal court system issued several rulings determining the royalty rate of standard essential patents (SEPs) under F/RAND commitment to standard setting organizations (SSOs). While not generating as much popular press as the smartphone wars between Apple and Samsung, these cases represent the culmination of a growing battle over the distribution of profits in the telecommunication value chain between technology owners and technology implementers fought through the context of standard essential patents and the F/RAND agreements under which they are licensed. From a downstream manufacturing perspective, SEPs are a cost to be minimized, while for an upstream technology provider, SEPs represent the output of its R&D investments from which it looks to maximize its return. This new mode of vertical competition in the value chain has opened up for new business models and new roles for intellectual property that challenge the traditional industrial norms.

This study focuses on a comparative assessment of the SEP valuation models of four recent SEP court cases in the US in 2013-14 and discusses their systemic implications for industry and policy makers (both SSO and governmental) regarding the potential impact on economic performance and economic efficiency in the context of the shift from industrial to knowledge-based business models. Specifically, this study investigates (1) the impact of evolving knowledge-based market structures and firm positioning on SEP value and (2) the operationalization of valuation principles and norms based on competing business models/value logics and competing theories of patent holdup, royalty stacking, and economic efficiency in the F/RAND context. These investigations are then formulated into a set of propositions towards an improved theoretical understanding of patent value in the knowledge economy. The full paper is forthcoming in the International Journal of IT Standards and Standardization Research. Below is a short summary of the findings.

Licensing Negotiation Groups: what, why, how?