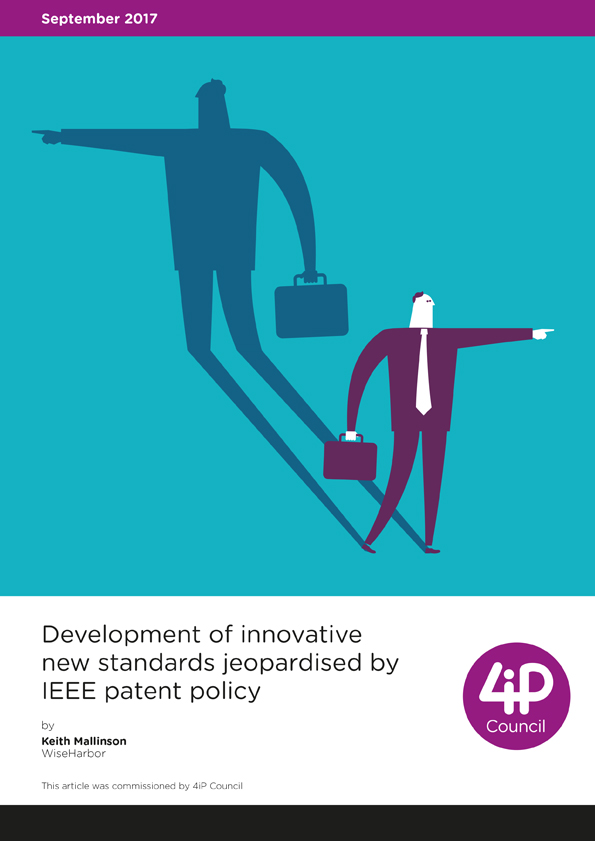 This paper assesses the practical impact of changes made by the IEEE to its patent policy in March 2015. According to the IEEE, these changes were aimed at protecting implementers from potential ‘patent holdup’. The paper makes an empirical assessment of the most recent available data and demonstrates that a large proportion of technology contributors to IEEE standardisation efforts are unwilling to provide 'positive' Letters of Assurance and are not being willing to grant access to patented technology under the terms of the IEEE's new patent policy. As a result, delays in adopting or implementing IEEE standards and litigation are foreseen, unless clarity and certainty around licensing terms are restored.

In March 2015, IEEE significantly amended its patent policy in what was couched as an “update” but
that seeks to significantly revise commitments from parties holding patent claims essential to IEEE
standards to license those rights on reasonable and non-discriminatory (RAND) terms. Changes
disallow patent holders from receiving any value attributable to the standards, require licensing at
the smallest saleable patent practicing unit level, and deny these rights holders entitlement to seek
an injunction against an unlicensed implementer until appellate review is exhausted. IEEE’s stated
objective was to protect implementers from patent holdup, which was alleged without any
substantiation. IEEE is promoting, by reducing technology licensing costs, the short-term interests
of certain implementers while undermining standard-essential patent values and the ability of SEP
owners to receive adequate compensation, they are entitled to, from licensing their SEPs.
As I predicted in the IP Finance blog prior to the adoption of this controversial new patent policy,
and as indicated by others including senior government officials, the purported “clarification” is
significantly jeopardising the IEEE Standards Association as a venue for development of open
technology standards that include significant patented intellectual property. Large proportions of
contributors to IEEE standards are now unwilling to provide “positive” Letters of Assurance (“LOAs”)
under IEEE’s new patent policy.
In this paper, I have reviewed available data on LOAs and some third-party analysis of this. My
conclusions are striking: almost three quarters (i.e. 73 percent) of LOAs for the IEEE flagship 802.11
WiFi standard, accepted by IEEE and posted on its website in the 18-month period to June 2017, are
“negative” LOAs, indicating the submitter’s legitimate ex ante refusal to pledge RAND licensing
under the new patent policy. Nearly half (i.e. 47 percent) of all accepted LOAs posted on the IEEE
website over the same period are negative LOAs. More than one third (i.e. 42 percent) of companies
portrayed as leaders with LOAs to IEEE standards are unwilling to pledge their SEPs under the new
patent policy or have not provided LOAs when asked to do so.
The new patent policy has created a perverse situation among patent owners and implementers. In
the absence of positive LOAs, implementers are left uncertain about which patent policy applies, if
any, and about future ability to implement the standard. Therefore, implementers may be unclear
whether many SEPs are subject to new licensing terms, the old licensing terms or are not subject to
RAND licensing terms under any patent policy at all. This is unacceptable. Proponents of the new
patent policy are also lamenting this lack of clarity, while trying to use this as a pretext to breach
binding contractual agreements between IEEE and patent owners in previously-accepted LOAs. 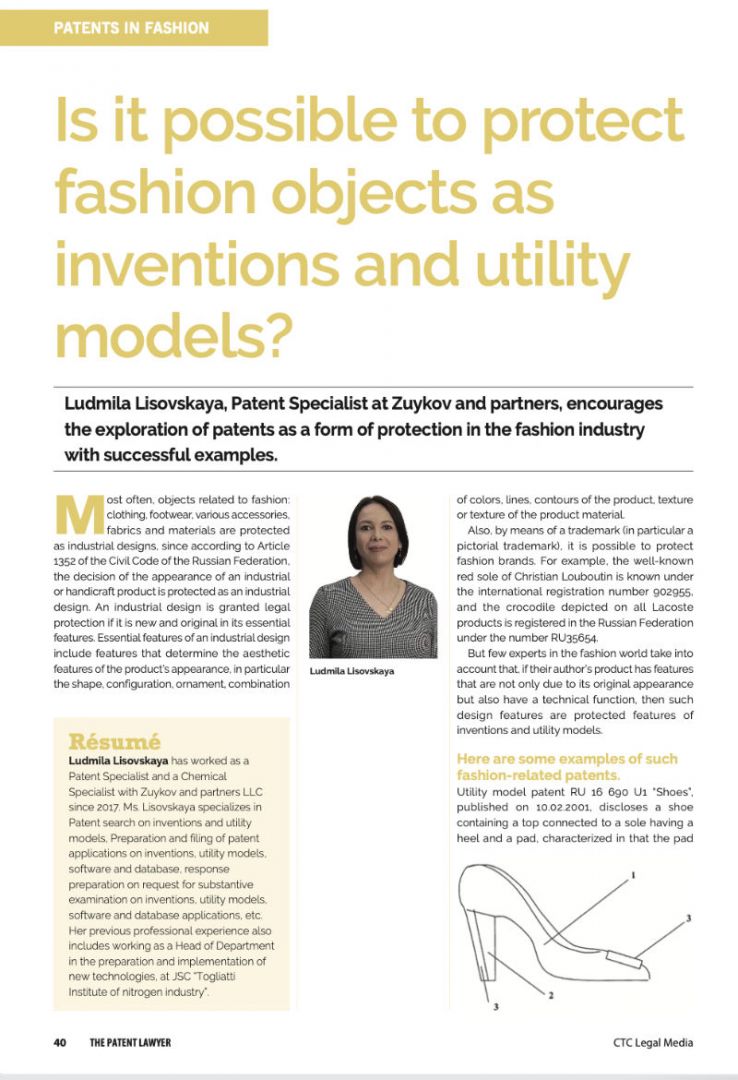 Is it possible to protect fashion objects as inventions and utility models? 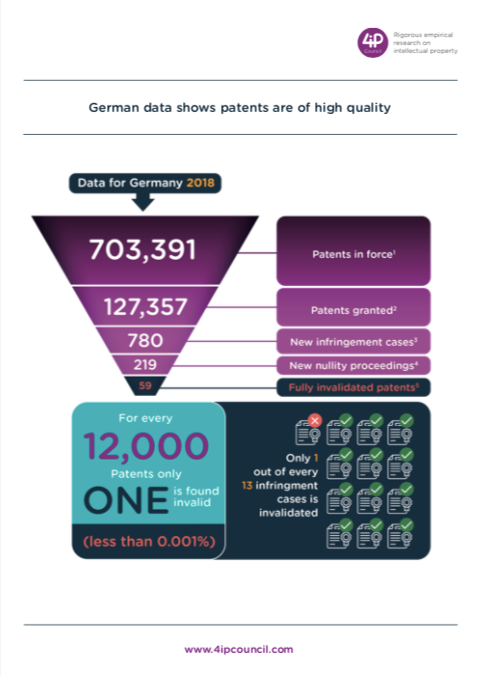