Robots may soon be spotted in a field near you

Vitirover, the first robot mower able to cover surfaces as large and difficult as vineyards and power station parks 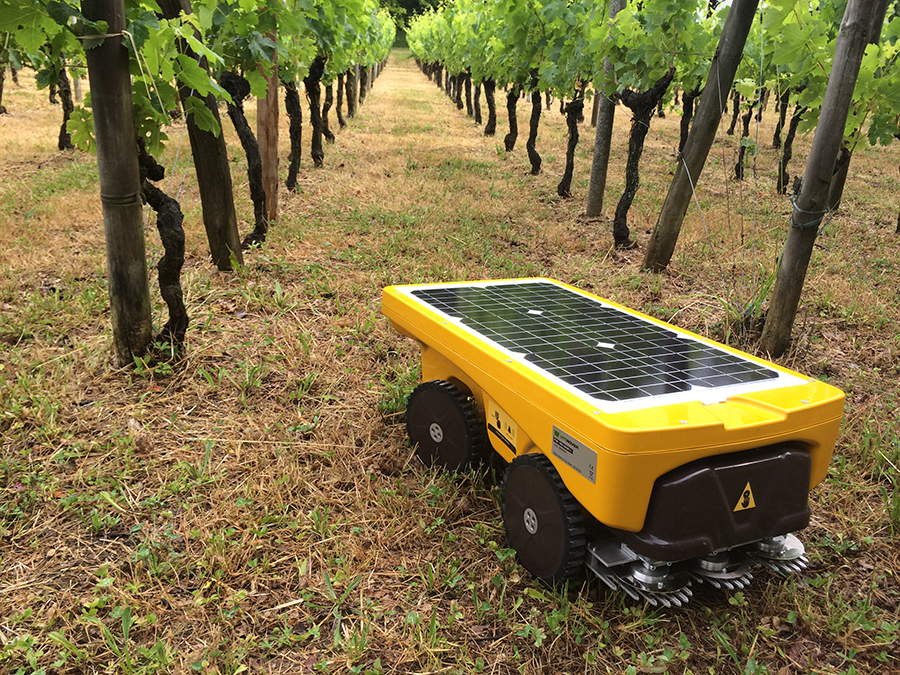 In spring when grass and everything else grow furiously, seeds need planting, fences mended and lambs tended, an overwhelmed land manager might dream of a robot lawnmower. For large surfaces and farming, this dream became reality in 2011 with the invention of Vitirover, the first robot mower able to cover surfaces as large and difficult as vineyards and power station parks.

Solar powered and GPS connected with centimetre precision, this remarkable European invention reduces the widespread use of toxic herbicides. Cloud technologies and artificial intelligence make it a part of the internet of things while its service model – Vitirover is a service sold by the hectare maintained - place it within the circular economy. There is a hint of a cooperative funding model too as in the early days of the company’s inception wine growers clubbed together to invest in its future. Vitirover is the definition of a 21st Century SME.

To understand the role of intellectual property in Vitirover’s success, 4iP Council, an association dedicated to developing high quality academic insight and empirical evidence on topics related to intellectual property and innovation in Europe, speaks to serial-entrepreneur Arnaud de la Fouchardière, one of Vitirover’s two founders and the CEO of the European SME it has enabled.

‘’There is one autonomous land robot on Mars called ‘Curiosity’ and one on Earth called ‘Vitirover’. Both ‘Curiosity’ and ‘Vitirover’ consume one watt per kilogramme. The robot weights 20 kilos and consumes 20 watts, that is the same as the light that brightens your fridge when you open the door.”

How did the invention of Vitirover come about?

The robot is the result of years of teamwork but the person who perceived the need for such a technical solution was Xavier David-Beaulieu, Vitirover’s co-founder and technical director. Xavier had already founded a number of technology companies before investing his energy in St Emillion wine production, his family’s business. The disaccord between fragile vines, Xavier’s desire to produce precious wine, enormous tractors and polluting herbicides, like the infamous glyphosate called Roundup, gave life to a vision of replacing a monster oil powered machine with a host of small ecological autonomous ones. 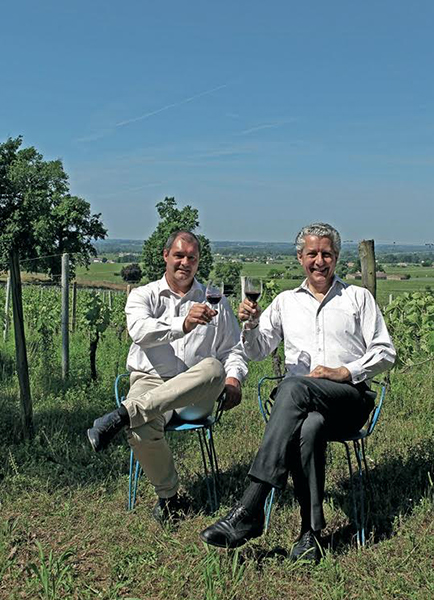 Patent applications were filed early on and over a period of six years, those closely involved in Vitirover’s development adapted its characteristics to overcome such issues as autonomy throughout the summer; ability to free itself when stuck; 100% coverage on any terrain; shade management and other challenges.

What was your approach to developing the Vitriover?

Eighteen months is the popular window for product readiness but for Vitirover it took six years and, in the meantime, we had to pay our engineers and finance the prototypes. Ours is a bottom up invention. We weren’t adapting an existing machine, we were developing a new vegetation management tool that had to be economic, ecological, simple and worry-free, responding to the feedback we received from clients. This has taken five generations of prototypes.

The Americans say fail fast and the French say one should not confuse determination with stubbornness. I believe the secret is to navigate between the two. Entrepreneurs have to take a long-term perspective while managing the risk of failure.

How did you fund your research for the innovation?

We established the company in 2011 and used every means available for financing it: personal funds, leveraging our contacts, third parties from the world of wine production, local grants, grants from the French public investment bank, BPI France, as well as European financing. We led a project under the European Commission’s Eco-Innovation Initiative, which is part of the EU's Entrepreneurship and Innovation Programme. This released two million euros, half of which was publicly funded. We also ran two crowdfunding operations and returned our salaries into the business.

The financial risk has been considerable but that is also a part of the game.

In our search for funding, one thing we discovered is that many traditional investors didn’t seem to understand us well. That is why we turned to the professionals of our environment (industrialists from the world of agriculture and industry like landscaping / vegetation management) rather than traditional venture capitalists.

At what point and why did you consider IP?

We filed a worldwide patent early on but quickly realised that our original design was transforming too much for the cost of maintaining this patent to be worthwhile. So, we postponed our work on IP to a later date when we knew our ideas were well developed and difficult to keep secret. This was when we began a very successful relationship with France Brevets, an investment fund dedicated to international patent licensing. France Brevets aims at developing long-term partnerships with its partners to facilitate strategic and valuable patent portfolio creation and worldwide monetisation.

France Brevets met us with a specialist team and within a long-term framework that included a brainstorming day where we came up with six patents covering very specific innovations. They also began drafting our applications in English, something that wasn’t evident when you consider the technical language involved. Now, they are helping us exploit the patents, through techniques such as licensing. They have advanced €150,000 and have patent ownership until this debt is paid off at which point the patents return to us. In the meantime, Vitirover operates under an exclusive license.

What advantages did owning IP bring you?

With the right IP tools in place, what worked well for us was over-communication and we were able to do this because we had filed patents and protect ourselves from copying. This brought us to the attention of the French national state-owned railway company, SNCF. The SNCF spends 30 million Euros a year on glyphosates and had estimated that the cost of maintaining French railway lines could rise to 500 million Euros if the European Commission outlawed glyphosate. Our solution was very interesting to them and in August 2017 they gave us a first contract. This led to an additional collaboration and to our relationship with Enedis, the organisation responsible for the transport of electricity in France. We also responded to competitions and, as a consequence, have developed relations with the German group BayWa, an international leader in trade and services for the agriculture and energy sectors. BayWa screened around 250 companies for collaboration and settled on six including ours. Our objective with BayWa is scale-up and we are now at an exciting point in the collaboration.

The fact that we are working with France Brevets and have a number patents to protect our ideas and, the investments behind them, reassures clients and partners about our stability as a company. Owning patents also makes collaboration more interesting for us: they are a strategic bargaining tool and can be used to generate revenue through licensing.

What is the performance and size of the company now?

We currently have eight employees with posts open for two VP positions. Our projected recruitment up to 2021 is 181 employees most of whom will be ‘shepherds’ which is the term we use for Vitirover controllers. One shepherd can manage a ‘herd’ of 100 Vitirovers. Most of the time the machines are serviced by distance through the Cloud.

What advice would you offer other European inventors, in particular in relation to IP?

IP is both very important and very complex. You need to do more than just take punctual advice as it is about a whole valorisation strategy. It is important to be accompanied by people who understand the strategic relevance of IP.

Do you have any advice or suggestions for European policy makers based on your experience as a young innovative European SME?

Knowing when to patent was a challenge for us. It is a critical question. In hindsight, we realise that we patented too early as our design has evolved greatly. Patenting is extremely expensive to maintain, but it does represent a real asset for a company large or small because there are many ways that a patent can be leveraged. For us, such protection has been crucial to detail our technologies with large enterprises and partners with whom we wish to collaborate. We have also found that equity investors often want evidence that a business has taken steps to secure the fruit of its R&D and we see the licensing of our patents as a potential stream of revenue we can use to further our research. Our patents are also a powerful reputation enhancement tool that adds value to our brand.