Didier Tranchier is the Founder and President of ADELIT, a French angel investment company with a portfolio of forty technology companies. 4iP Council spoke to Didier about patent value.

Didier works with start-ups, and research labs and with large companies in the area of digital transformation. 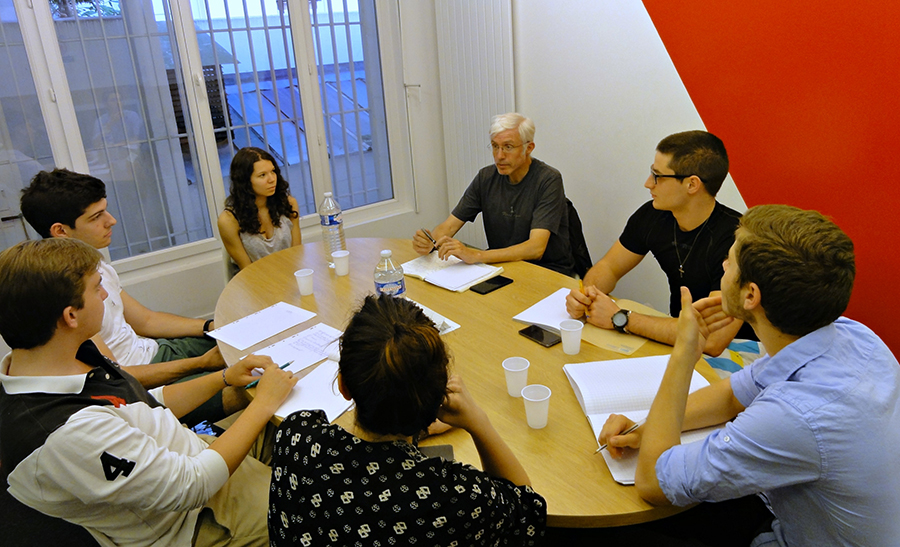 What do you look for when you invest in start-ups?

I look at the ability of the company to generate innovations. If the start-up has patents, those patents become a means of communication for me because the patent pinpoints where the innovation and benefit is. To me, a patent is a dynamic, not a static process, what I’m looking for is the ability of a team to produce patents.

The process of patenting is also very important because it requires the start-up to think about what their innovation really is and where its value is. A patent is a way to say ‘I have an idea’ and to be able to explain to others why that idea is innovative. It is a way to communicate. People who just think about revenues won’t succeed at the end of the day because in the long term you need to know where your value is in order to focus on this value.

So, you see the patent as more than a means of protection?

In the past, when I worked as a researcher for a public organisation, I saw patents as a means of protection for an organisation against competitors. Since then, I’ve patented my own ideas, established and sold a company and invested in others. I now see patents differently. I very much consider them as a way of showing where the value of a company lies to everybody including competitors.

I work with a core niche of angel investors who are focused on technology invention and I think we share the view that patents are a measure of value and a method of communication for business development. Intellectual property is a universal language. It is more than a form of protection; it is a means of communication.

How do start-ups typically see patents?

A lot of start-ups don’t see the need for patenting. Indeed, there is a great deal of education to be done on the relevance and value of patenting. A part of my role as an investor is to push and help start-ups to register their patents and develop their own intellectual property strategy.

Start-ups are put off by the cost and length of the patent registration process as well as by the cost of defending a patent if it comes under attack.

The need for protection is also felt less acutely by young start-ups. Many consider they don’t need patents to protect themselves because it is quite rare that start-ups are attacked. This is wrong because at some point the start-up will grow and the risks associated with no or low patent protection will increase. Several times in my experience, I have seen an evolved start-up come under attack by competitors. An attack at this stage can result in huge failure.

I have also experienced situations where a company’s patents were strong but it has been almost impossible to attack competition because the competitor was based in a remote country with no strong intellectual property policy.

Have you experienced stolen intellectual property?

Yes. On this topic, patents are more important internally for start-ups than they are externally. Start-ups are volatile with high employee turnover. Founders can be very trusting and it happens quite often that code or ideas get stolen by former co-founders, employees or interns. There is a strong need to protect ideas and related work from employee theft.

Is speed of deployment an alternative to patenting?

Start-ups sometimes argue against patenting because their success is coming from speed of deployment. They are doing well and think they don’t need patents. The paradox here is that the start-up is doing well but would do better with patents. At some point in time when the start-up wants to expand, the patent will be a great way to demonstrate value and create more value in the long term.

Big groups see patents and intellectual property as a determinant of company value. And in today’s market, the value of patents is very high. That is a huge negotiating opportunity for a start-up.

I am one of a number of investors who think that technology is more important than pure speed. One way to look at a start-up is that the fastest takes most territory and creates the market but they will soon be overcome; the best start-ups in my experience get their success from intellectual property because their innovation has a stronger added value than speed alone.

Do you think that weakening or removing the patent system would help start-ups overcome these issues?

Not at all. We should speed the system up. If registering a patent took less time, say a few months, there would be more patents, which, I believe, would result in better communication and more innovation. For me, intellectual property is a universal language.

Education on intellectual property is also crucial. People need to understand the process and also know how to use it.

How do public institutions perceive the value of patents?

Public institutions often see intellectual property in a restricted way. They see it as a means of measuring the innovation capacity of their people as opposed to seeing the ability to produce and use patents as a dynamic process. Patenting is a common language describing value. Using it can lead to networks of connected ideas.

What advice would you offer a young start-up?

To see the patenting process as more than just a protection tool. You need to see it as a communication channel, a type of universal language, similar to a business plan. The discussions around the patent/s will allow you to connect to people with different interests. Patents can be very, very powerful for building business bridges and for attracting partners.