Interviewing the winners of the 4iP Council Research Awards

We had the pleasure to interview the three authors of the 4iP Council Research Awards winning papers (2021 edition): Lorenzo Berto, Claris Azrael and Thomas Schaper. 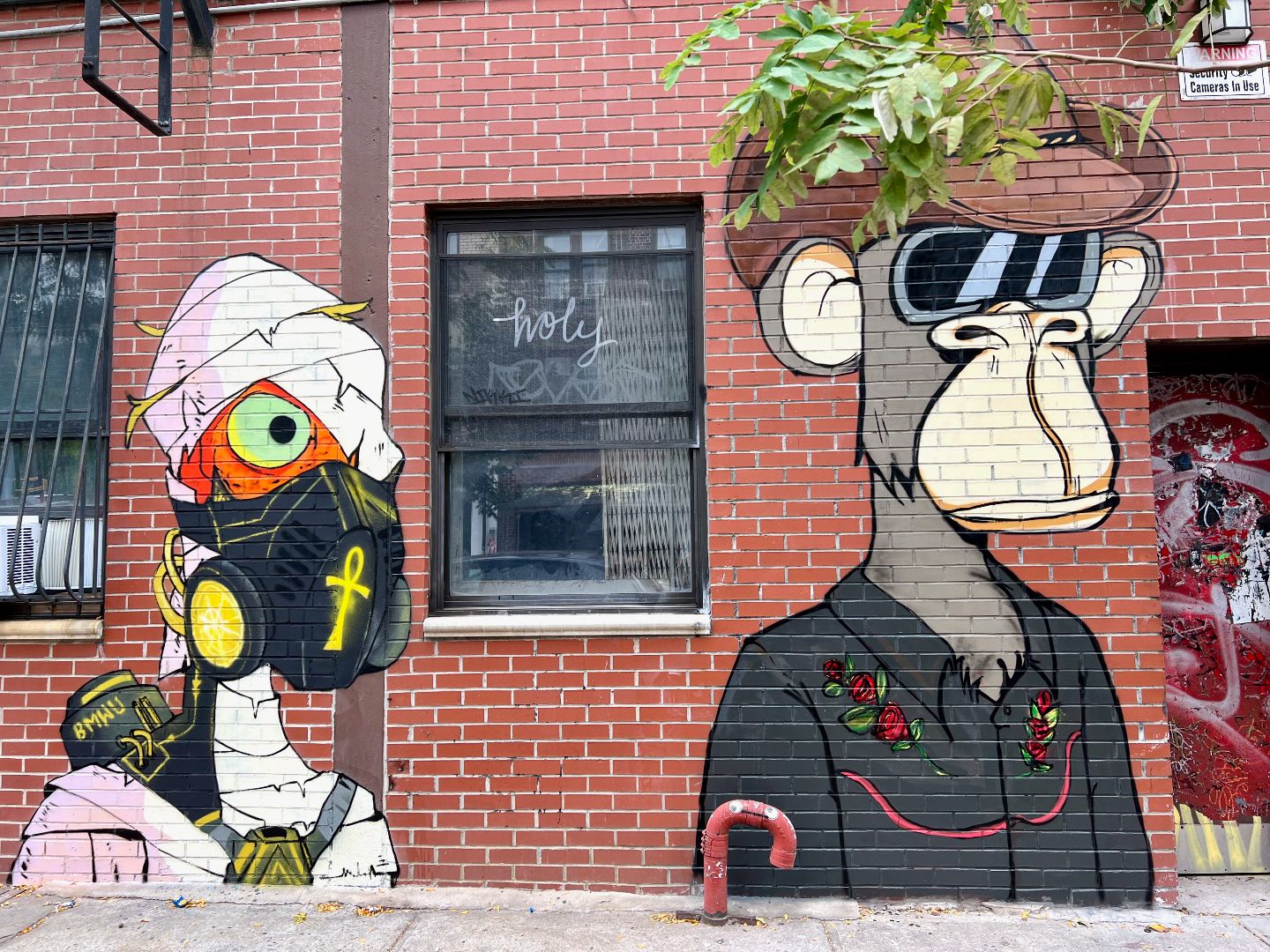 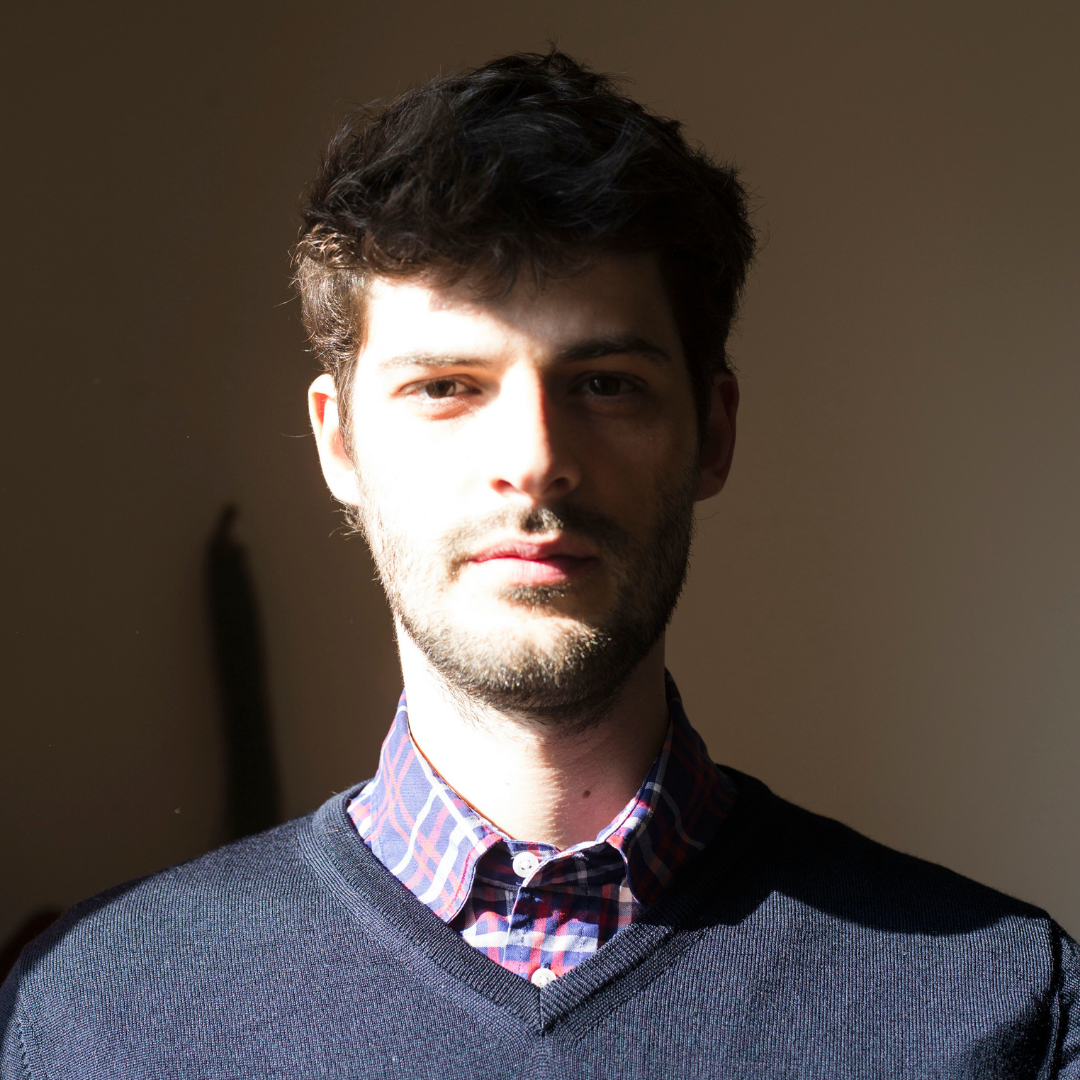 Why/When did you decide to get into "law and internet technology"?

I made this decision quite early: during the second year of law school, in Torino, I took an elective course (“IP and Legal Informatics”) that opened my eyes on the challenges that digital technologies were posing and would have brought to our legal systems.  The professors were brilliant, especially in conveying how exciting is to deal with these issues, which are constantly evolving and require new, out-of-the-box solutions. It was not that long ago, but the whole topic is relatively new: back then the most important European Court of Justice’s jurisprudence on ISP was coming to life, for instance; I really felt like this was a new frontier of the law.

However, before focusing on this field of law, I decided to gain some experience in – let’s say – “traditional” corporate and commercial law, as a lawyer.  This is way I enrolled in the Bocconi LL.M. in Law of Internet Technology only last September.

What first attracted you to write about NFTs?

In 2021, NFTs were all over the place. Both ordinary media outlets and legal experts had been dealing with such technology for the best part of a year.

The perfect storm, to my mind, occurred when Mark Zuckerberg, announced the rebranding of Facebook and its metaverse project: in doing so, he specifically mentioned NFTs as an exciting experiment to claim ownership over the objects one would bring into the metaverse.

At that point, it seemed to me that certain applications of the blockchain were ready to jump out of the niche to possibly become a major element of the “next big thing”.

During your research, did you discover something that you didn’t expect?

Sometimes, from the outside, it is easy to make fun of the NFTs community. It is quite strange that people are trading metadata for huge sums, after all.

What most people do not get, though, is that the community shares a deep sense of belonging; it reaffirms old concepts, crucial to the Western culture and yet marginal in the digital world, like ownership, while on the other hand it reinterprets them in a nuanced way, which may favor at the same time ownership and access.

An example might help.  Some months ago, a group of hackers stole an entire collection of NFTs and made it public; they were trying to prove a point, i.e. that NFTs and the relative concept of uniqueness have no meaning: as a matter of fact, the “objects” were free on the Internet, anyone could have copied them.

However, such an attack missed the point.

Let’s take the case of a NFT linked to a picture: the owners of the unique certificate could not care less of the fact that the picture is copied on the Internet. What they care about is the idea that the equivalent of a single, original copy, belongs to them, regardless of the fate of the other copies.  Such feature is very interesting for artists, since it may shape differently the way in which the fund and distribute their work.

In sum, I think I had the privilege to dive into a technology that, as it is often the case, embodies interesting philosophical considerations.

I do not want to state that, for sure, NFTs will be a game-changer: the widespread adoption of a technology is obvious only ex post. What I would like to stress, instead, is that it is fascinating that ownership and uniqueness have entered the digital world as it has never happened before. The whole idea of belonging to groups, which one can enter to insofar as he or she holds an NFT, leaves the door open for taking this experiment further, in various areas of human interactions, way beyond copyright.  This time, though, it would be wise to discuss such technology before, asking oneself when its adoption is useful or necessary; in fact, it should be mentioned that most blockchains have a severe impact on the environment.

Where do you see yourself in 5 years?

I would love to become a lawyer in the field of law and technology: more than a single legal area of such field (being it IP law, data protection law, or whatever), I dream of being able to advise clients from the tech and media industry in most aspects of their business.

In particular, I would like to work on AI-related legal issues, which – to recall the horizon I was taught to look for – are the current most exciting frontier of law and digital technologies.

You can read Lorenzo's paper here.

Claris Azrael Teo, double degree student, studying for an LL.M. at Bocconi University and a Juris Doctor from Singapore Management University - 2nd place: The fight against counterfeit goods on Instagram 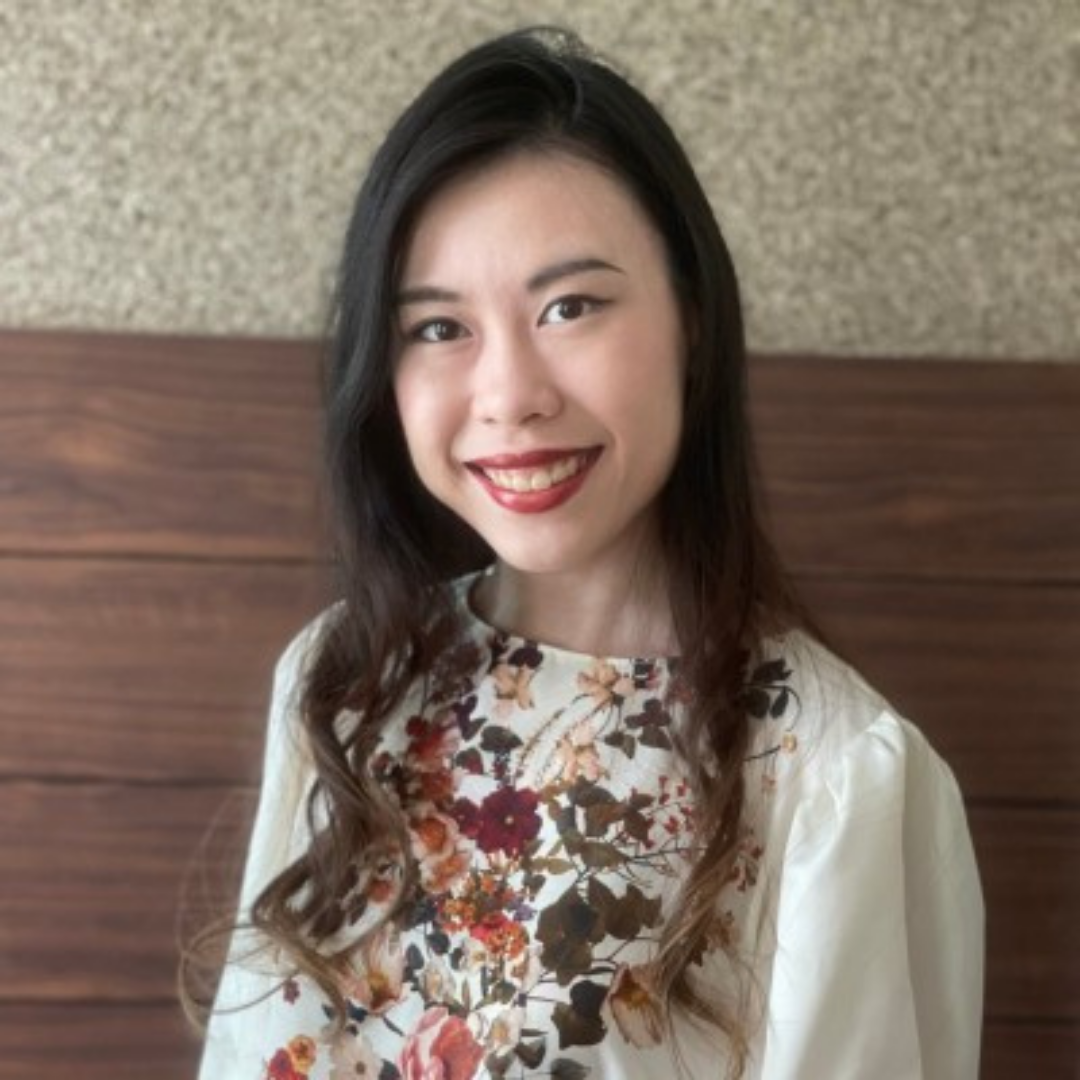 How did you come up with the topic of the paper?

A few counterfeit goods accounts requested to follow my cats’ Instagram account and this sparked my curiosity. As I was doing some digging on this particular issue, I found that Instagram and Facebook were popular platforms for counterfeit goods sellers to promote and lure potential customers. I found an article on the modus operandi of these counterfeit sellers i.e. by creating multiple accounts to promote their goods and leading customers to encrypted messaging platforms to complete the transaction. I wanted to know what measures are in place to protect these potential customers and brands and I started reading more about it and thought "hey, this sounds like a cool topic, let’s ask Prof whether I can write about it!.

Do you think these platforms will intervene enough to stop issues like counterfeit goods?

In your paper you talk about the community responsibility and the need to educate consumers. Would you like to share any ideas of how it could be done?

One way is to educate Internet users in schools and universities by educating them on the potential dangers on the Internet, not just on the issue of counterfeit goods but also on online scams and Ponzi schemes. Perhaps, it is also possible to try to educate users by encouraging brands and social media platforms to reach out to their users via emails or other means of communication. To target potential and current purchasers of counterfeit goods, brands and news agencies can spread information about how to detect fake products and stores. This could evoke emotions associated with fear of being noticed when carrying these fake goods, something that researchers found would greatly deter buyers.

What are your plans for the future?

I am incredibly interested in law and technology and would like to specialise in this area of the law in the future. I am hoping to be able to explore the how technology is influencing and shaping the law and vice versa as a lawyer in this field.

Would you like to mention anyone that helped you through your research?

I would like to thank Professor Manderieux for being a supportive and amazing mentor and professor.

You can read Claris' paper here. 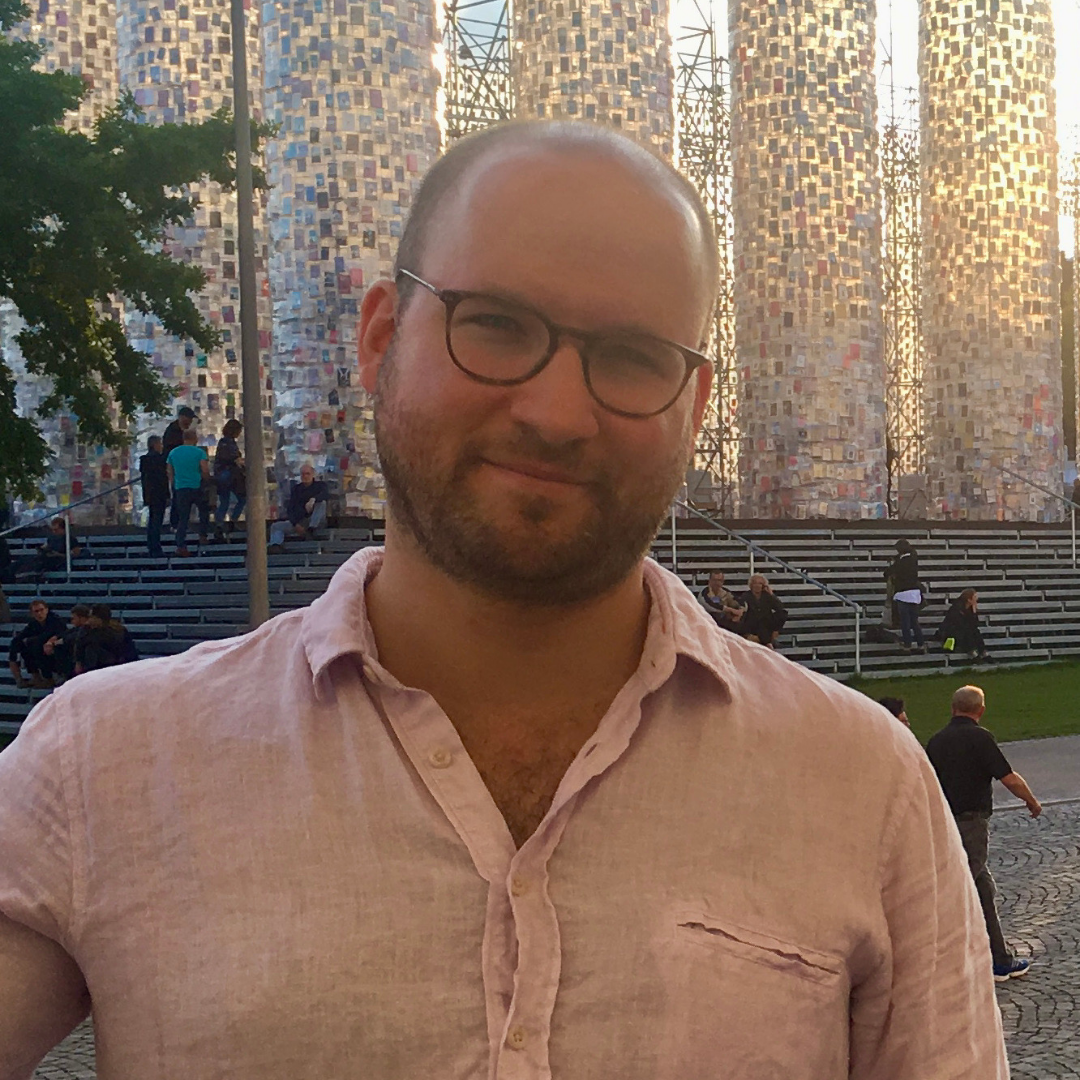 What first attracted you in writing about topic-specific repositories of prior art and their benefits?

I have been intrigued by questions of how institutions, in particular in the context of digitization, can enhance the diffusion of innovation and, especially, the multiplier effects these may exert on the value of R&D investments for subsequent scientific and technical progress. An overarching question to my paper (but also the other chapters in my dissertation) is: How can we increase such spillover value by improving access to relevant existing knowledge? Topic-specific repositories are particularly interesting in this regard, as they target an issue found in many contexts, not just inventive prior art search: Information overflow, and the increasing costs to search, filter, and rank useful knowledge out to the mass of new information produced daily. We have seen significant policy efforts to lower these costs through topic-indexing in the past, also in the current pandemic – such as the “Covid-databases” launched by the CDC or the USPTO. However, we still have very limited evidence and understanding of the effectiveness of such repositories. I further find this highly interesting also with regards to the implications that making (industrial) prior art more easily retrievable would have in the light of conflicting social and private incentives of disclosure, which are typically emphasized in the literature and debates on intellectual property.

Why did you choose to investigate the CNIDR AIDS database?

The launch of this database in 1994 provides a very good empirical setting to investigate these questions. Obviously, HIV research is a specific case, and was even more so 30 years ago: A dramatic public health crisis, in which there was a large supply of important inventions from public research institutions, and strong policy initiative to spur the diffusion of this knowledge. At the same time, prior art search for inventors was still particularly costly: patent copies needed to be inspected in libraries or ordered via mail or fax, there were no diseases-specific indices, and the community of HIV-inventors was rather disconnected – a still widely analogue world. Being a topic-specific repository, the CNIDR database launch uncovered the visibility of many applicable patents for which the link to the disease complex HIV/AIDS was previously non-obvious to detect. A great feature of this database was further that it was comprehensive, and accessible to basically all inventors working on HIV worldwide and at the same time through the internet. This made it an ideal case to study.

In one sentence, what was the most important question you wanted to address on your paper?

Can we effectively attract the attention of inventors to more “hidden”, though valuable, prior art – in other words: what is the benefit of “showcasing” existing knowledge in cumulative R&D?

Where do you see yourself in 5 years?

I enjoy doing research on innovation and I am excited about the impact it can create, not only in academia, but also for businesses and policy. And, I am very lucky to be working in an environment which offers great conditions and many opportunities for this. If I would find myself in five years doing something that I enjoy, find valuable and that has an impact, that is a projection I could live with.

Would you like to mention anyone that helped you through your research?

Definitely and foremost my Ph.D. advisors at KU Leuven, Sam Arts and Reinhilde Veugelers, for their guidance and support, and their encouragement to write this paper. Moreover, the members of my Ph.D. committee, and many peers, friends and mentors in the field for sharing their expertise and helping me improve my work. Also I would like to thank the Research Foundation – Flanders (FWO) for endowing me with a very generous scholarship for my dissertation. Furthermore, special thanks go to Gaétan De Rassenfosse at EPFL for encouraging and endorsing my submission. Finally, to 4iP Council and its Advisory Committee for selecting my paper for this prize, which is a truly great recognition.

You can read Thomas' paper here.