How to estimate the value of your patenting: PSA Peugeot Citröen’s experience. 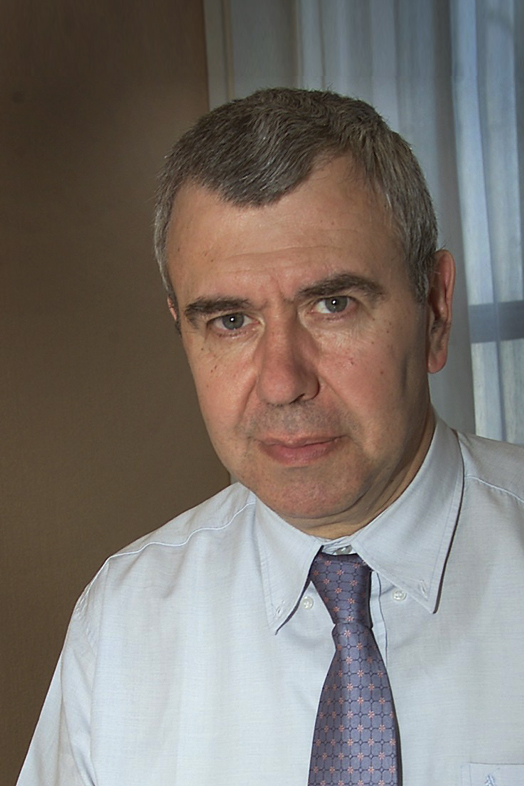 Pierre Gendraud, General Manager of Licensing and Intellectual Property at PSA Peugeot Citröen and Expert in IP at the Paris Court of Appeal

PSA Peugeot Citröen registers over a thousand patents a year with INIP, the French patent office, making it the country’s largest patent filer[1], a position held proudly for nine consecutive years. To uncover the company’s motivation for such extensive filing, 4iP Council visited one of PSA Peugeot Citröen’s two research and innovation centres in Ile de France to meet Pierre Gendraud, General Manager of Licensing and Intellectual Property (IP) and Expert in IP at the Paris Court of Appeal. Pierre is also a seasoned lecturer at CEIPI and IEEPI on intellectual property strategy. 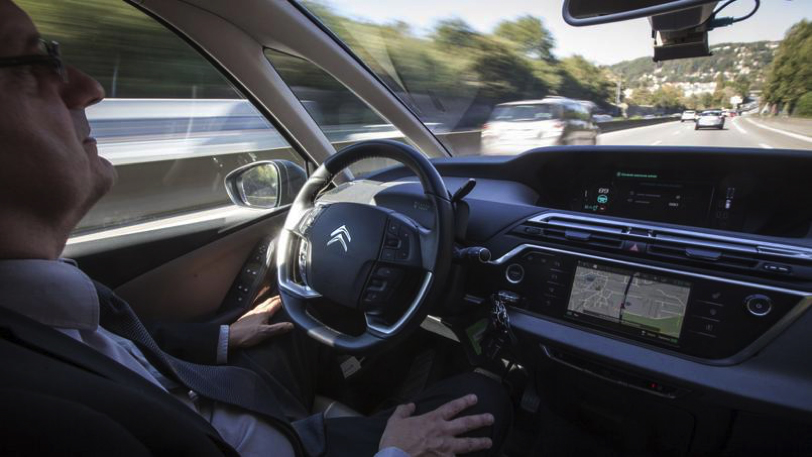 How has the deposition of patents at PSA Peugeot Citröen evolved over the years?

Prior to 2000 PSA Peugeot Citröen, and the automotive industry in general, was less interested in patenting than it is now. The evolution of the common European market and the creation of joint research projects has driven the increased interest in patent filing. Today, across the European car industry, we are all filing at a more or less similar rate and patents have become an important means of collaboration between automotive producers.

This evolution does not just concern corporate enterprise patent filing. The INPI listing now includes French research groups such CNRS (7th position) and IFP (13th position) and this is a very promising development. This shows positive interest in innovation from French public services.

How would you describe the value of patenting?

There are a number of different values from patenting and corporations perceive these differently according to their business priorities. In my role as a lecturer on intellectual property, I refer to eleven benefits from patenting. These are: 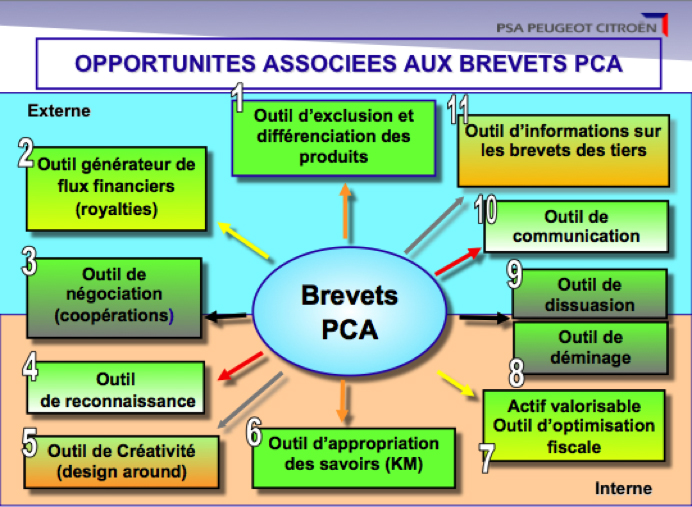 Of the eleven benefits you describe, which ones are more important to PSA?

Not all of the eleven benefits are quantifiable and it would be interesting to see research that is able to quantify those that aren’t. We benefit the most from our patents through their usefulness in fiscal optimisation, negotiation and collaboration, and royalties. When we look at the amount our patenting activity costs and the quantifiable gains in these three areas, it is clear that the patenting division at PSA Peugeot Citröen is not an expensive ‘prima ballerina’. The gains very much outweigh the costs.

Yes, and our current areas of focus are in depollution, electric cars and driverless vehicles. We recently established a fund for the acquisition of start-ups and have created an open innovation lab. We also look at ideas from external inventors but, for the most part, the most relevant innovations come from in-house teams. Around 2500 ideas a year come from our employees and approximately half of these are filed as French patents.

What do you say to people who support a dismantling of the patents system?

That they have not understood it. The patent system is an excellent way of filtering ideas. To dismantle it would be akin to killing the chicken that lays the golden eggs.

What improvements could be made to the system?

We might want to look at the duration of patents. I’m not saying that they should necessarily be prolonged, but we may want to reflect on the logic behind their current duration. Author rights extend to fifty years after a person’s death - that is a very long time compared to the lifespan of a patent.

Another area is the harmonisation of different patent systems. Ideas are submitted and examined multiple times to arrive at the same stage. Once a patent is accepted within one system it should be adequate for another. A lot of time is wasted on applying and conforming to different system rules.

Politicians also need to understand better how to manage knowledge. We now live in a knowledge society and while the state understands well how to manage physical property, there is still progress to be made on the management of knowledge assets. For example, an idea that stems from a research grant given in one country or continent can be registered in another. We need to manage our virtual world better. My example is not so important when we consider corporate investments in innovation, but when we consider the investment of public funds, there is a need for state controls on how knowledge is treated.