Finding the point of optimisation in patent systems

4iP Council interviews Manny Schecter, Chief Patent Counsel at IBM, a prolific user of the patent system. Manny has helped IBM build and protect a portfolio of over 50,000 patents worldwide. The iconic company has held first position on the annual US patent grant list for 24 years. 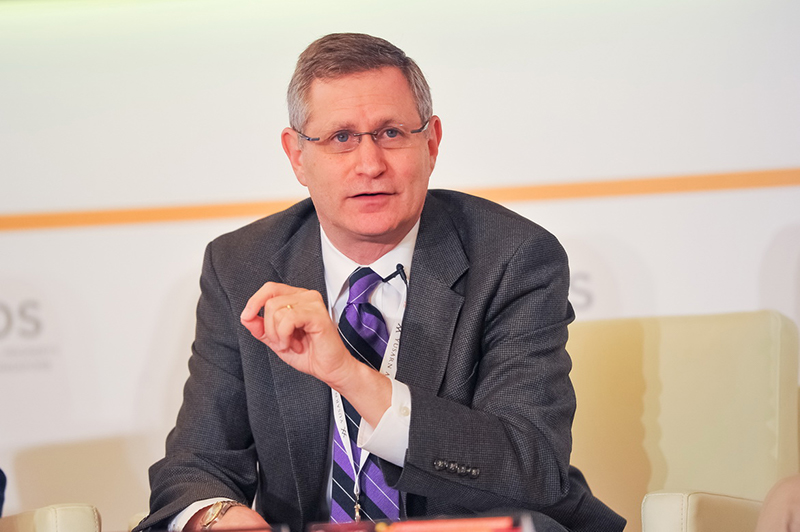 Manny has worked for IBM since the 1980’s, first as an engineer, and then as a patent attorney. Inspired by his inventor father in his choice of career he is today one of the world’s top patent experts.

You have said that IBM’s patents place the company in a position of strength. Could you elaborate on why having such a high volume of patents is beneficial?

A patent portfolio is only as good as one can leverage it and a large patent portfolio is more likely to be leveraged than a small one. We don’t always know which patents will be successful as the direction of technology can change for reasons that are difficult to anticipate. You can come up with multiple solutions to the same problem and, where there is novelty, you may want to patent them all. A large portfolio builds confidence in what you have and if you are attacked, it means that you are more likely to find a patent you can depend upon.

How does IBM approach R&D and innovation from a management standpoint and is there a change in the balance of organic innovation and acquisitions at IBM?

As a patent attorney I provide support to acquisition deals but my role isn’t to initiate them. In such deals, however, one would look for organisations that fill the gaps in the innovation portfolio. IBM doesn’t buy companies specifically to get access to their patents. Strategic imperatives - such as the current focus on cloud, cognitive computing and cybersecurity – generally drive our acquisition work. As with any form of entity purchasing, we do our homework and check that a company has protected its assets properly but, while we would rather have companies protect their assets, IP isn’t the sole focus of a deal.

How is the Internet of Things (IoT) impacting innovation and IP practice within IBM?

IoT is fostering innovation generally and in IoT there are many different facets to talk about. Connecting so many intelligent devices to the internet has sped up the pace of innovation and IP lawyers have to keep up with that pace. There is a high volume of deals, but that isn’t the only effect. Increasing interconnectedness results in the existence of more data in a form that a computer may understand. More devices are talking and in order to generate sophisticated conclusions from the data that they generate, there is increasing demand to innovate on analytics and in cognitive computing.

In larger commercial fields the use of automated tools to leverage data is exploding. In the less commercial area of IP, data analytics would be very helpful for attorneys but the market is relatively small and the tools are relatively new and hard to compare because their inner workings are not apparent.

Technical convergence is being fostered with IoT, analytics, and cognitive computing. It used to be that life sciences and technology didn’t intersect but now there is more overlap. You have bio-informatics, robotic surgery, 3D printing of living tissue for example. This convergence makes the work of IP lawyers much more multi-disciplinary and in this converged field we have to find common ground. Life science lawyers are used to working in an environment based on IP exclusivity. While in high tech, we have traditionally relied on speed to market and have licensed on a non-exclusive basis to each other. Increasingly, there will be a need to find more ways for the exclusive and non-exclusive IP models to co-exist.

Are you seeing an increased use of other types of IP protection in addition to or as an alternative to patenting?

Technology is moving quickly and recent Supreme Court case law decisions in the US are impacting the ability to obtain patents. As a consequence, business executives are asking about alternative forms of IP such as copyright and trade secrets. You can rely on these forms of IP as best you can, but they are not substitutes for patents.

Copyright is a weak form of protection; one can independently create one’s own work of authorship and implement the functionality of others without violating copyright. Some innovations cannot be hidden from the public and do not lend themselves to adequate trade secret protection. It is also much easier today to take a trade secret; in a few key stokes information can be shared. Employees also move between organisations much more frequently than they did in the past and it is very hard for a company to detect whether departing employees have taken information with them. Copyright and trade secrets are perfectly good protection mechanisms, but they are not a substitute for a patent portfolio. Any deep thinking organisation will want to use all forms of protection available.

Your long experience of harnessing invention in patents gives you an insight into the long-term value of the patent system. What are its core attributes?

The patent system promotes innovation in two ways. First, it acts as an incentive by providing an enhanced set of rights to an inventor. The inventor gets a greater return on his or her investment. Second, the system fosters the dissemination of information because inventors are required to share details about how to make and use their innovations in their patents. Subsequent innovators do not have to re-invent the wheel. The public release of much information would not happen without the patent system.

Is there a contradiction between having a strong patent system that protects corporate investments in R&D and the enablement of entrepreneurism and SME growth?

There can be tension but there really is no conflict. Everyone derives a benefit from the system. Large companies may have more resources and so are better able to leverage their patents, but entrepreneurs use patents to obtain venture funding and SMEs use patents to prevent large companies from taking their innovations. The patent is the weapon of choice when it comes to preventing an SME’s idea from being taken.

What happens long-term economically when IP protection is weakened?

In a recent article Rana Foroohar, Associate Editor at the Financial Times, recounts the story behind US policy decisions that led to a weakening of the US patent system. What lessons can be drawn from the US experience?

The US experience shows that there are different perspectives. Anytime a change is made there are those who will benefit and those who will suffer. This is true with almost any law. IP systems are complex and it is very hard to know where the precise point of optimisation is. We don’t have a scientific way to pinpoint how strong IP needs to be to maximise innovation.

Patents may have been too strong in the past in the US, resulting in excess litigation and abusive accusations of patent infringement. Changes were made in recent years to curb the excesses/abuses but those changes over-corrected. A lesson for Europe, I would say, is for policy makers to keep sight of the different perspectives about IP and not think that one set of adjustments will be the end of the story with respect to achieving innovation optimisation. The economics of innovation are far too complex for this to be the case.

What research might be useful to improve the patent system?

More generally, IP has become more important and there is an increasing volume of potentially useful data about it. I think there are opportunities in academic study to reach valuable conclusions by exploring this data. Patent offices hold a wealth of information that could be analysed in different ways, such as the detection of trends in different technologies and the role of individual inventors versus larger organisations. There are many aspects to available patent information and people are only just beginning to realise what we can learn from the data.

The same is true in litigation. Databases are starting to make it easier to see who is suing who, who is winning or losing and why. With more data at our fingertips to understand the impact of changes in the law, we should be able to establish cause and effect.

In your opinion, how does Europe’s patent system measure up against other global systems?

The European Patent Office has a strong reputation based upon survey results about its performance. The biggest problem in Europe is that it is fractured into a large number of individual national patent systems. One has to enforce in many countries. When the Unified Patent Court finally comes into effect, patents will become more valuable because they will impact a larger marketplace.

What do we most need policy-makers and indeed the public at large to understand about invention?

Everyone needs to realise that patents are a means of protection and encouragement for inventors. People too often think of a patent as an exclusive right that somehow inhibits the marketplace for a limited time, but for the most part, a patent promotes innovation because it protects inventors from having their inventions taken unjustly. We must not lose sight of this big picture in the rhetoric used by people attempting to influence the direction of the law. The goal in adjusting the system should be to strive for the optimal point of return.

What could be done to encourage more invention and innovation?

We need to acknowledge that the US patent system has been curbed too much and needs to be nudged back a little in the strengthening direction. We can see that patentees are having difficulty enforcing their patents. In the US, we need to eliminate the uncertainty of recent Supreme Court case law regarding patent subject matter eligibility. It is now so uncertain that no one truly understands it and the side-effects are causing problems. We need legislation to correct the case law.

What advice would you offer an inventor?

Do not overlook IP. It is fine to recognise that there is expense associated with IP protection but it is important for inventors to make informed decisions. If inventors fear their inventions will be taken by others, they need to factor IP into their business plans and find an IP advisor they trust.