Developing the code of practice for the European Court of Patents

Alice Pezard is an international arbitrator. She is also a former Judge at the French ‘Cour de Cassation’, France’s highest judiciary court, and a former President of the Chamber of Economic Regulation and Intellectual Property at the Paris Court of Appeal. 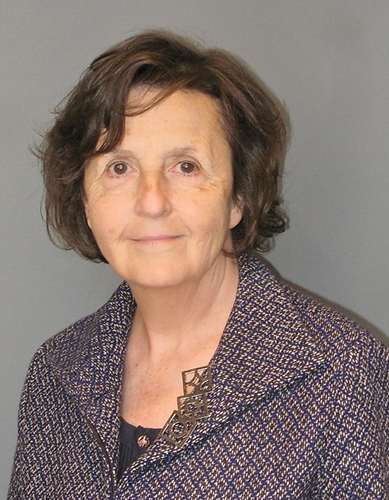 Alice has also worked internationally for two private American law firms. Today, she runs her own cabinet, which focuses on supporting digital innovation and IP.Alice has published widely on financial market regulation, stock exchange and corporate law matters, enterprise governance and IP law, notably patent law. For over 20 years, she has taught at the University Paris Sorbonne and at the French ‘Grandes Ecôles’ HEC and Science PO.

You have been closely involved in establishing the rules of practice for the European Court of Patents, how is this project evolving?

My involvement developing the code of practice for the European Court of Patents spans ten years. Margot Fröhlinger, currently principal director of patent law and multilateral affairs at the European Patent Office, was originally charged with creating this court with a remit to enable patent invalidation and fight against counterfeiting. I was a member of a large group of more than twenty European experts developing the rules of procedure and then became one of the seven experts who completed the work. The rules were to be put into practice in April 2018 however Brexit has delayed the Court’s opening and the problem of counterfeiting has evolved. National laws have become more stringent.

How is patent practice in Europe evolving in your view?

I believe that the patent may have passed it glory days as a unique tool for intellectual property although it still remains a very important tool. Patenting is closely associated with heavy industries such as car manufacturing and chemistry. I’m not convinced it is completely adapted as a single tool for the internet and digital sector. Copyrighting, know-how, trade secrets are seeing a come back in this field. Algorithms, for example, are hard to patent and you have to account for open innovation. The dialogue isn’t 100 per cent about patents but about a pool of different agreement types. With blockchain, for example, patents aren’t obligatory. There is room for contractual agreements. That said, I work on patents for digital start-ups almost every day.

The geographic scope of patents has also evolved. For a start-up today, there is no sense in protecting just within France and even protection across Europe may be too limited. The playing field is international.

How do start-ups find patent advisors such as you to support them?

How is / will the evolution of the Internet of Things impact patenting practice in Europe?

With the Internet of Things we are seeing a broadening of protection options. There is more focus on contractual agreements, on copyright, know-how and trade secrets. In parallel, open innovation is a new, evolving market.

Does the patent system hinder or help invention in your view? What value does it bring?

The system is a good thing and I have never come across arguments of any weight that favour dismantling it. We just need to pay attention to the fact that it may not be the sole solution. For example, the fact that a start-up will never publish its source codes makes patent protection problematic.

The digital sector is also evolving very rapidly and the patent system may not be adapted to this. As a consequence, we are seeing more and more patent community initiatives such as the FRAND system in telecoms. In addition to developing these systems, we might also want to consider whether the life span of patents should be adapted by sector of activity.

The world is becoming increasingly complex and we need to improve the patent system in accordance as well as create parallel tools. However, we should be mindful that rules are only of value if they are applied. Judges should control faster and decisions should happen faster. If we are going to implement sanctions for infringements, for example, we should make them significant and issue them quickly. Developing legal texts is one thing but making them work with the right enforcement is another.

Patent law also clashes against competition law so we need to find the right compromise between the two. Don’t forget that the law has to help economic growth.

Do you feel that European policy-makers understand how challenging invention is?

In France, we are fortunate to have a president who understands and favours innovation. Some policy-makers have a difficult time understanding that investment in innovation and future life enables the development of large companies as well as SMEs.

The organisations we really need to pay attention to are the supporting agencies such as the AMF, which regulates participants and products in France’s financial markets, and the ACPR, which is responsible for the supervision of the banking and insurance sectors. They are very in tune with innovations such as blockchain and Initial Coin Offering (ICO) in their processes.

What more could be done in Europe to encourage invention?

There is plenty of innovation going on in France and other European countries. Innovation hubs are increasing everywhere. What blocks it, are the underlying financial and fiscal systems. The banks are not taking enough risk. This is why crowdfunding and cryptocurrency systems like ICO are of interest. Estonia, which is very progressive, is looking at cryptocurrency as a funding solution, as is the AMF. It could become a means of finance beyond the banks.

Don’t speak to too many journalists and be careful about what you say in general. Your ideas can be too easily copied. Very few people are inventing something that no one else is working on and many inventions are about perfecting and improving. Others will be working on similar solutions in parallel to yours so stay silent. The INPI’s ‘enveloppe Soleau’ on the net is a good initiative in this area.

Also, make a tour of the investment funds for innovation and be as precise as possible about what you do to enable patent filing.

What advice would you offer policy-makers seeking to encourage innovation today?

Stay as informed as possible and ground your decisions on fact. Precision matters in this field. There are a lot of generalities and this is not good. Visit start-ups. Emmanuel Macron recently visited Station F, ‘the world’s biggest start-up campus’ for example. Actively find out what’s going on and listen to different sectors.

What I find very encouraging is that there is a lot of discussion – at an accessible level - going on about innovation. I find it quite extraordinary to see that some banks have begun to invite investors to sessions on innovation related topics. LCL, for example, recently invited the CEO of consulting for Roland Berger to give a talk to investors about artificial intelligence and robotics. And indeed, I was recently invited to act the part of the judge in a fake trial at the Sorbonne on whether androids are men. 300 to 400 people attended this session, which demonstrates strong interest in the evolution and wider impact of technology innovation.