Xiaolan Fu is the Founding Director of the Oxford Technology and Management Centre for Development, Professor of Technology and International Development at Oxford University and Fellow at Green Templeton College. She is also the first mainland Chinese citizen to become a tenured professor at the University of Oxford. 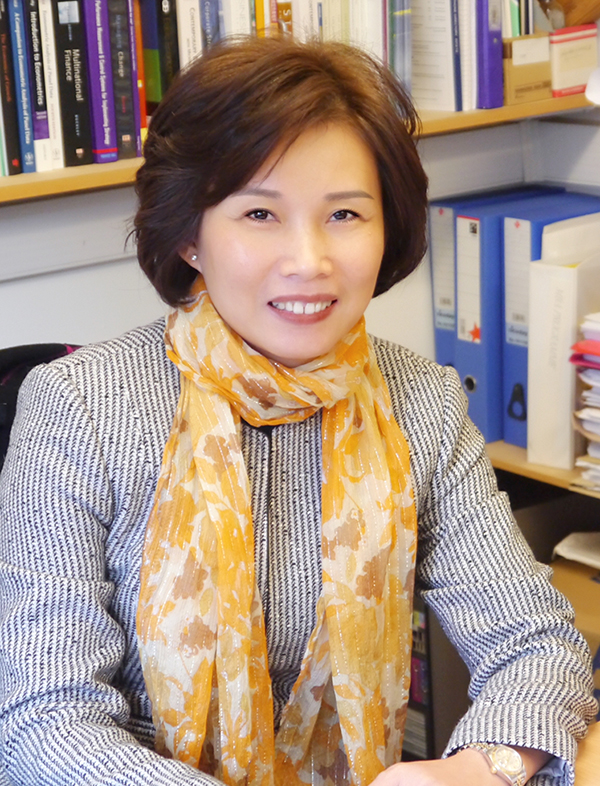 In 2015, the Secretary General of the United Nations appointed Fu to the 'high level 10 member Advisory Group to the Technology Facilitation Mechanism'. In addition to this, in 2016 she was also appointed to the UN's Governing Council of the Technology Bank for the Least Developed Countries.

Xiaolan’s research on China’s transformation from imitator to innovator assesses the state of this transformation and recommends a number of systemic changes, including IP regime strengthening, that could further promote China’s economic growth.

First, could you summarise the main conclusions of your book China's Path to Innovation, and especially how would you describe the stage of innovation evolution in China in relation to that of Europe and US?

China illustrates how a developing country can catch up and increase innovation speed through an open innovation system and the use of both domestic and exterior resources. Developing countries need to work on two axes. The first is the encouragement of indigenous innovation and the second is foreign technology transfer. The solution lies in a combined model. Yet, there are different levels of combination; different weights at different times. In the early stage, there is more weight on foreign technology transfer and in the later stage, more focus on indigenous innovation. It is not a stateless model. It is a model with multiple players: foreign, government and private sector.

Regarding China’s development in relation to the EU and the US, in most industry areas China is still catching up but there are some exceptions, for example, in eBusiness and in ICT related areas, also in high-speed railways and space technology. These are areas where China has come to the forefront.

The speed of innovation in China is accelerating. The early stage of catch up takes longest but now we’re seeing heavy investment in R&D and the fruit of an acceleration that began in 2006. China is now the largest patent producer in the world and in terms of R&D investment is ranked number two worldwide. It has taken a long time to accumulate capacity in human skills and in R&D but China has now entered the fast lane.

You explain that China is entering a new period of open innovation, how is it characterised?

There are different types of open innovation. There is ‘outside-in’ and ‘inside-out’ and there is a coupled way involving both. At the early stage of China’s development we saw much ‘outside-in’ innovation through technology transfer and inward foreign direct investment. Now we see more proactive knowledge acquisition: Chinese companies are acquiring high tech firms, there are more R&D initiatives and initiatives to attract talent.

The more proactive ‘inside–out’ type of collaboration is mainly happening though Chinese technology transfer South to South. There is some reverse innovation to industrialised countries such as high-speed railways and nuclear power, where the UK is using Chinese technology, but this is rare. Most of China’s ‘inside-out’ innovation is South to South.

You mention that the impact of foreign partners on Chinese innovation is relatively low (as primarily focused on wholly owned entities to protect IP), how do you see this position evolving? Is there sufficient linkage between domestic R&D efforts and those of foreign investors? If not, what is blocking the exchange? How would further exchange benefit both sides?

Foreign partners are still protective and the main reason for this is worry about IP. They are not using their most advanced technologies in China’s production and are not carrying out much advanced R&D in China. But that’s the same for most developing countries. Core technology R&D is still taking place in the EU and the US.

There is no clear trend of R&D exchange. This requires greater openness in the Chinese system and better IP protection. When China’s funding is open to foreign subsidiaries they’ll apply and we’ll start to see collaboration. I think that we can anticipate changes in the near future. We’ve already see reforms in the area of highly skilled migrants where policies have become more open.

What in your opinion triggered the Chinese government to launch a new national innovation strategy in 2016? Will it encourage open innovation?

There has been great consistency in China’s government programmes and in the latest reforms there is not a big difference in strategy. The strategy is more comprehensive but is still moving in the same direction. There is an improved policy framework with greater openness, an encouragement of technology transfer, commercialisation of technology and greater policy and regulatory/legal support. This is happening against a background of emerging new technology trends, the 4th industrial revolution and globalisation.

What role is the university sector playing in Chinese innovation in relation to Europe or US? If weaker, why? Are you seeing a growth in technology transfer initiatives as we see them in many countries?

The university sector in China plays neither a stronger or weaker role than it does in Europe or the US. It plays a different role. In the US you see universities with strong research functions, some applied research and some ground-breaking, and they have the education training role. In China, there is a more traditional education function. Nowadays there is more emphasis on research but, so far, Chinese universities are not creators of new technology. They tend to act as assistants to help firms innovate and assimilate acquired resources. Chinese firms need assistance to assimilate and manage reverse engineering or modified innovation. The most significant role of Chinese universities is to contribute to the diffusion of existing innovation.

SMEs are considered an engine of growth and innovation in Europe, what is the position of SMEs in China?

On paper SMEs are very important in China but in reality they are disadvantaged in terms of access to funding and knowledge. Elite private firms tend to be the stars in China. The exception is in ICT and eBusiness. The government introduced the ‘Popular Innovation and Entrepreneurship Programme’ two or three years ago to encourage grass roots initiatives and this has created large funds for start-ups, very often in high-tech. This programme is much more grass roots than the EU’s Horizon 2020 initiative. It’s about different levels of government giving funding, office space etc. It is more of a political movement than an organised initiative.

You mentioned the prowess of Huawei and ZTE in adapting their products and sales models to local markets. In the technology sector, what companies will be the next Huawei’s and ZTEs?

So far, I cannot see clear candidates. There are Chinese exporters but those firms are not going global. Successful firms that stand out are Tencent and Alibaba but their business is in China. They need to do more internationalisation because their technology is strong enough to go abroad. In the area of high-speed rail CRRC is doing well, offering a high quality, reliable product at lower cost. However high-speed rail requires a large country so the market is more constrained.

China is becoming the first patent filing country in the world. How do you explain this strategy? It is also often said that we are seeing a quantity over quality policy. Do you think it is accurate and do you expect that the patent system (filing, assertion) in China will become similar to the one of the western world?

The quantity of patents in China is an outcome of government efforts to encourage innovation as opposed to a direct policy in itself. How people see success is often the registration of a patent. So while the government does provide support for patent filing, which does facilitate registrations, the objective is about becoming a strong innovation country. China’s reform and growth has always been a gradual process, spanning nearly four decades, and there has always been a trend from quantitative to qualitative. This is a Chinese characteristic. So, while it is correct to say that there is a large quantity of patents, an increase in quality will happen.

Generally speaking, what is your message to those who support a dismantling of patent systems? And how could the patent system be improved in your view?

Innovation is costly and risky. A new knowledge is a public good; and it often generates positive social and economic externalities. We need the patent system in order to encourage the innovators so that we keep the source of knowledge creation in an active mode.

I do not agree with a dismantling of the patent system. It could be improved through differentiating different technology areas and the user community. Some patents are very important for the basic needs of humans: for food, water, and disease prevention. In these areas, we should consider the use of public financing and the reduction of protection but in other areas, for commercial expansion and profit, we should maintain a strong system. Regarding user communities, we should consider giving least developed countries easier access to some technology, as this would help them to grow. Here we should consider royalty fee differentiation with restricted use i.e. in the domestic market only.

What advice would you offer European policy makers with regard to benefiting from China’s evolution from imitator to innovator? And with regard to IP protection?

My advice would be to recognise China’s improvements in IPR protection and to keep expecting more improvements. Recognise too China’s growth and strength in science and technology innovation. Collaborate with China instead of being fearful. Prepare for the worst but look for the best and expect improvements. In IP expect to see a move from quantity to quality. Nature’s Index ranks China as number two for scientific publications showing improved quality. And China has made breakthroughs in aerospace, ocean research and with the Aperture Spherical radio Telescope. There are breakthroughs here and there. China is committed to investing in large R&D projects. There is an opportunity here for EU policy makers to collaborate with China. This is already happening, European Commission senior management and European scientific academics are visiting China and Silicon Valley talks about learning from China. In artificial intelligence, China is close to the frontier.

All publications of Xiaolan Fu